The Basic Guide The History of Shochu

The History of Shochu

Shochu production started about 500 years ago in southern Japan. An authentic Japanese spirit resulted from a combination of the basic sake brewing technique and the distillation method. The development of this unique method itself underlines the history of shochu.

The Use of Koji in Brewing

Producing alcoholic beverages using starchy ingredients is relatively complicated because it requires breaking down the starches into simple sugars. This process, called saccharification, allows the more complex carbohydrate chains to eventually become ethyl alcohol. In other fermented and distilled beverages, like beer and whiskey, malt performs this starch breakdown. In the case of traditional Japanese alcoholic beverages, such as sake and shochu, this process involves a special type of mold called koji. It is not clear when or how exactly the technique to use koji in brewing came into Japan. However, many believe that it entered Japan alongside rice cultivation from ancient China. The first domestic record of the use of koji in alcohol production dates back to the 8th century. Over time, brewers around the country continued to refine these methods. Due to its prevalence across Japan, the sake brewing technique became fundamental to the mash making in shochu. 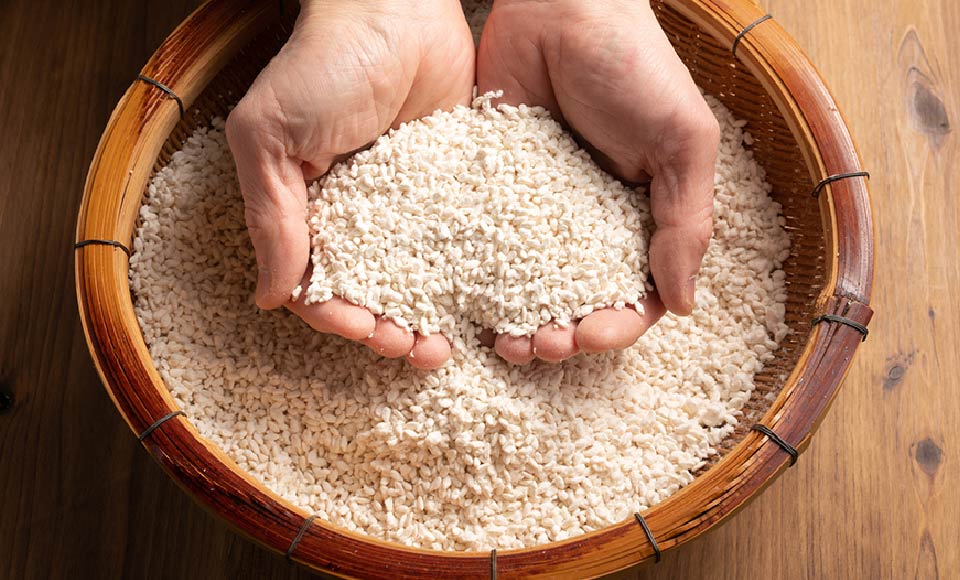 Introduction of the Distillation Technique

Historians believe the basic distillation technique was developed in Mesopotamia about 3500 BC for perfume production. The oldest record of its use in alcohol production dates back to 800-750 BC in both India and Ethiopia. By the 13 and 14th centuries, it had reached China and several Southeast Asian countries. The technique entered the modern-day Japanese archipelago around the 15th century through trades between the southern islands and surrounding countries. Official foreign trade documents from the Ryukyu Kingdom, modern-day Okinawa, list gifts of distilled liquor from countries, such as Siam, modern-day Thailand, and Korea. Historians believe that the distillation technique arrived alongside the liquor in these trade gifts. There are different theories on the exact route of how distillation came into mainland Japan. The three most prominent theories are the Okinawa islands route, the China route, and the Korean Peninsula route. 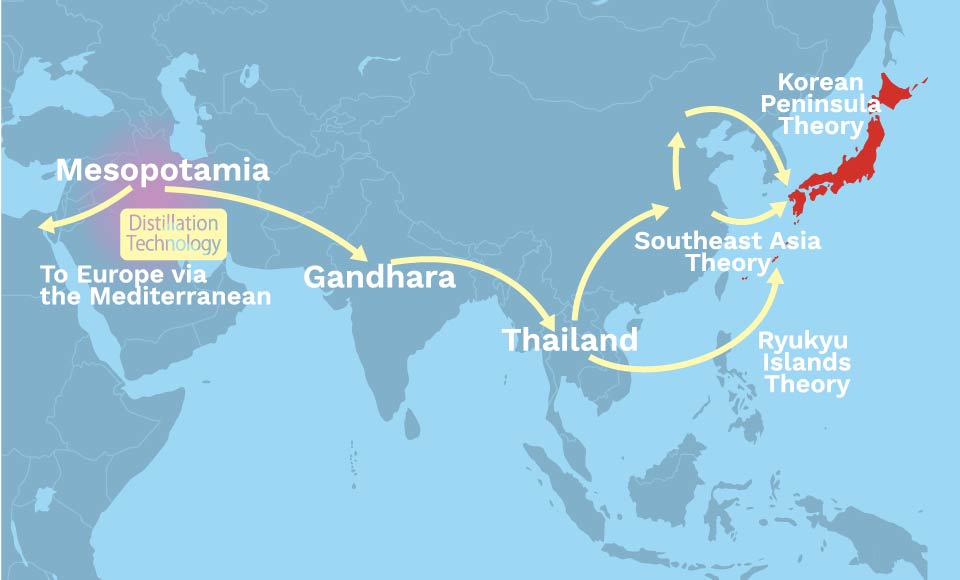 The oldest record of shochu comes from the 1546 essay, “Report on Japanese Matters,” by Portuguese merchant Jorge Alvarez. In his report, Alvarez wrote “people were drinking [a spirit] made from rice in the Yamagawa area,” or today’s Ibusuki City in Kagoshima Prefecture. In 1559, a carpenter in northern Kagoshima wrote the word “shochu” in a complaint about his employer. It read “the head priest was so cheap that he never offered us shochu.” Interestingly, this is the oldest domestic written record of “shochu”. 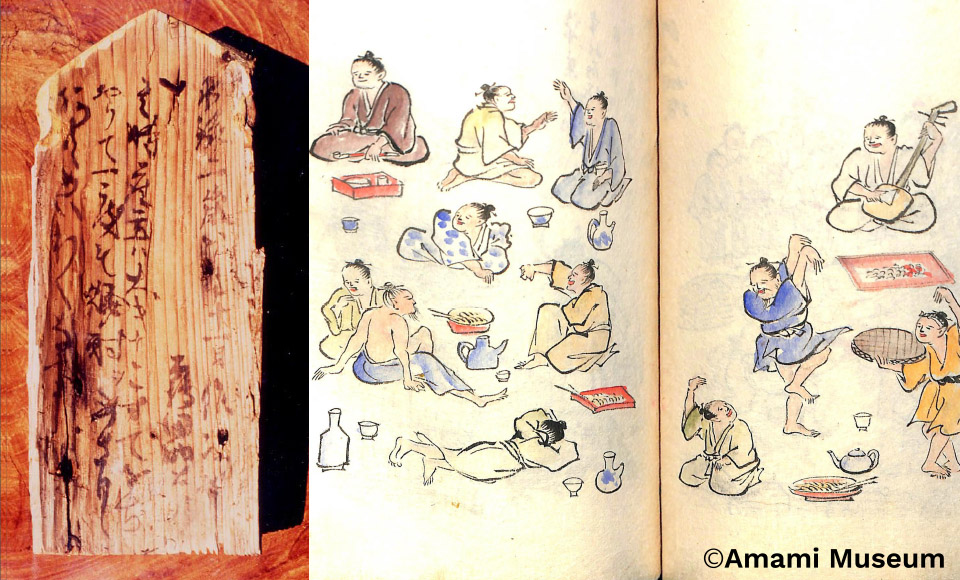 Increasing Demand for Shochu and "Awamori"

During the Edo period (1600-1868), shochu was one of the many gifts sent to the Shogunate. It had value not only as a beverage but also as a disinfectant for sword wounds. Quickly, the Okinawa islands and southern Kyushu regions could no longer fulfill the increasing demand. As a result, officials started to order sake breweries in their regions to produce shochu from sake lees. This is when the term “awamori” started to appear in official documents to differentiate this locally produced shochu and valued Okinawan liquor. The name has been used ever since. 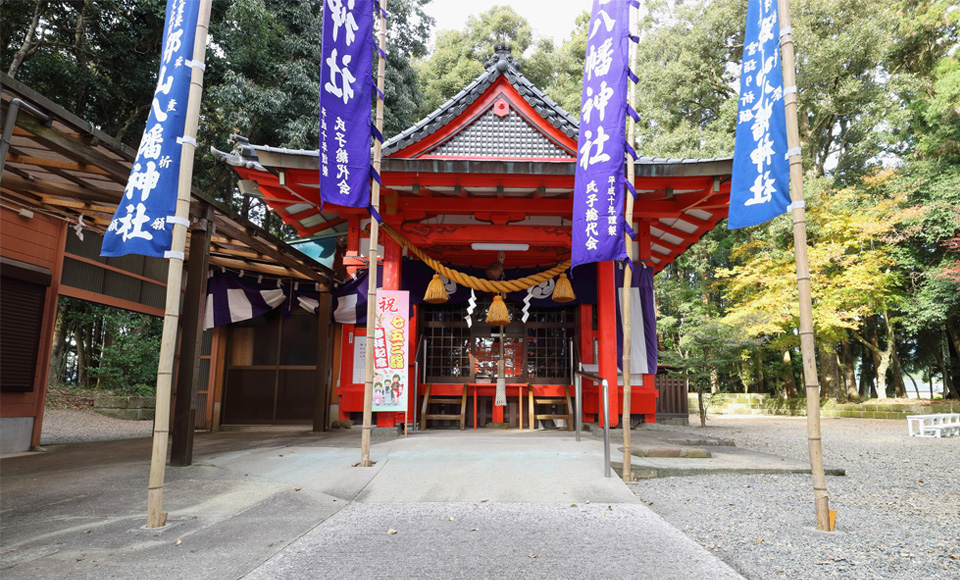 Diversification of the Base Ingredients

As noted in early historical documents, including the one by Jorge Alvarez, the base ingredient of shochu in the 16th century was rice, including sake lees. Over time, the base ingredients diversified to more readily available local products. Sweet potatoes, originally from South America, came into Okinawa through trade with China at the beginning of the 17th century. Eventually, the crop made its way into Kagoshima. Sweet potatoes grew well in Kagoshima’s soil and soon became the area's primary base ingredient for shochu. In his 18th-century travel document, “Seiyuuki,” Tachibana Nankei praises Kagoshima’s sweet potato shochu. In the same book, Nankei also documented shochu made from various types of millet in the region. In addition, farmers on Iki Island started making shochu from barley in the 17th century due to the use of rice as tax payments. 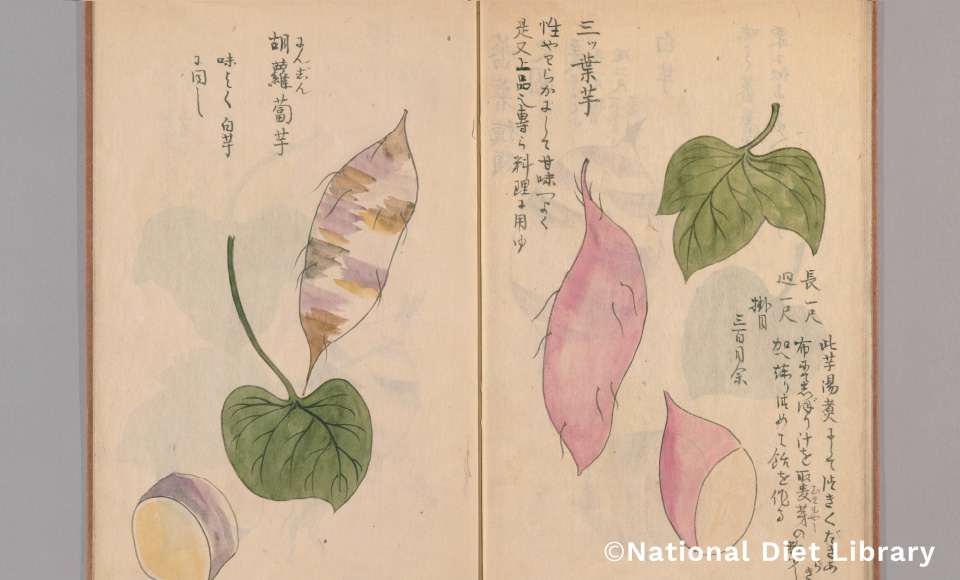 During the Edo period, shochu making techniques spread across the country and its base ingredients diversified. However, it was not until the Meiji period that the production methods began to refine. One notable development was the development of two-moromi preparation in the early 1900s. Additionally, the use of black koji from Okinawa and its mutant, white koji, helped stabilize the volume and quality of shochu. Further developments in the 1970s lead to the production of lighter-tasting shochu. These include the invention of reduced pressure still and the discovery of the barley koji making method. Together, these advances in shochu production helped make shochu a popular casual drink across Japan. 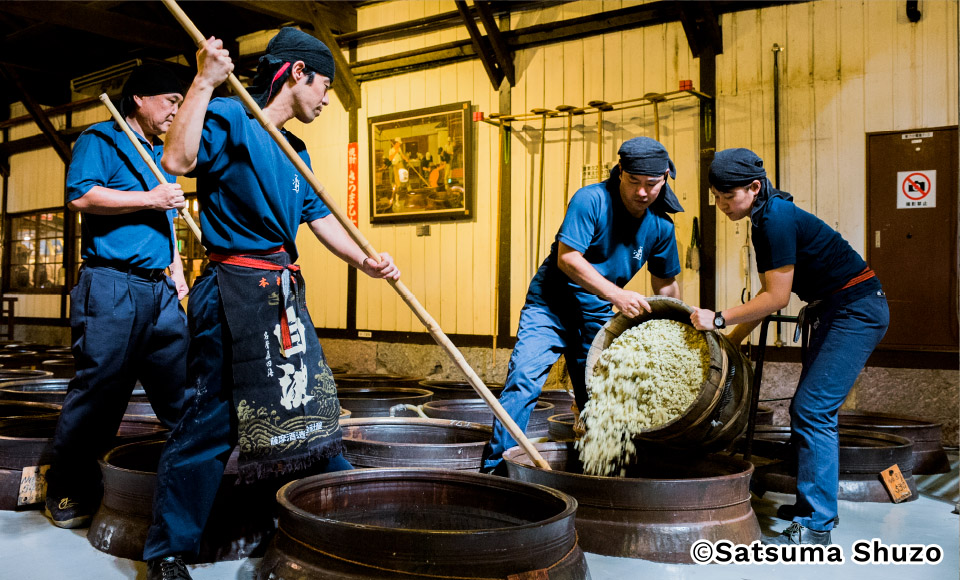 The development of a lighter-tasting barley shochu helped to make the drink more palatable for people outside of the Kyushu region. This increase in drinkability triggered the first nationwide shochu boom in the late 1970s and early 1980s. Through this sudden popularity, people’s perception of shochu expanded beyond that of a regional specialty. After the first shochu boom, consumers started to seek products with new flavor profiles. During the second shochu boom of the early 2000s, shochu with unique and distinct flavors entered the spotlight. More traditional shochu, including sweet potato shochu, became widely popular. 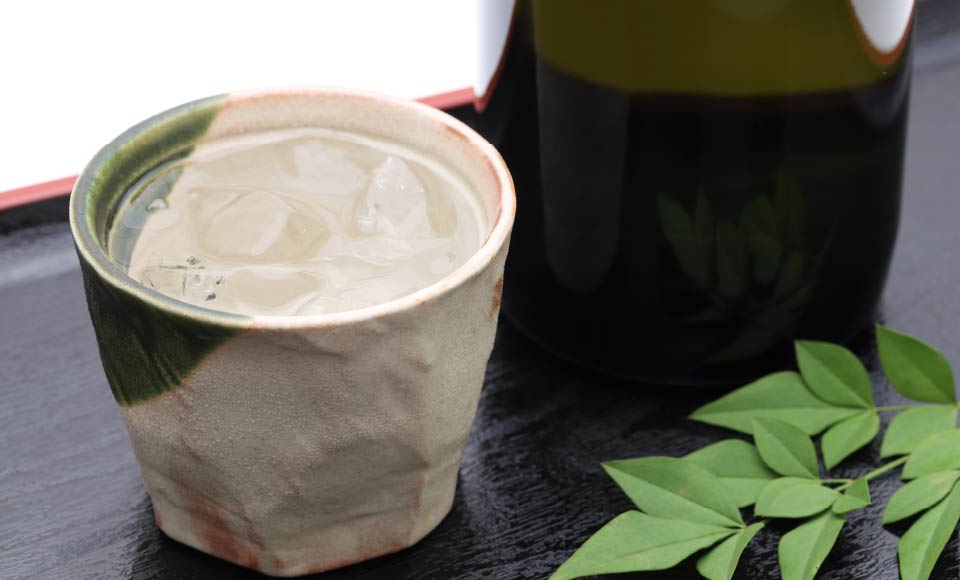 Time Table of the Shochu History