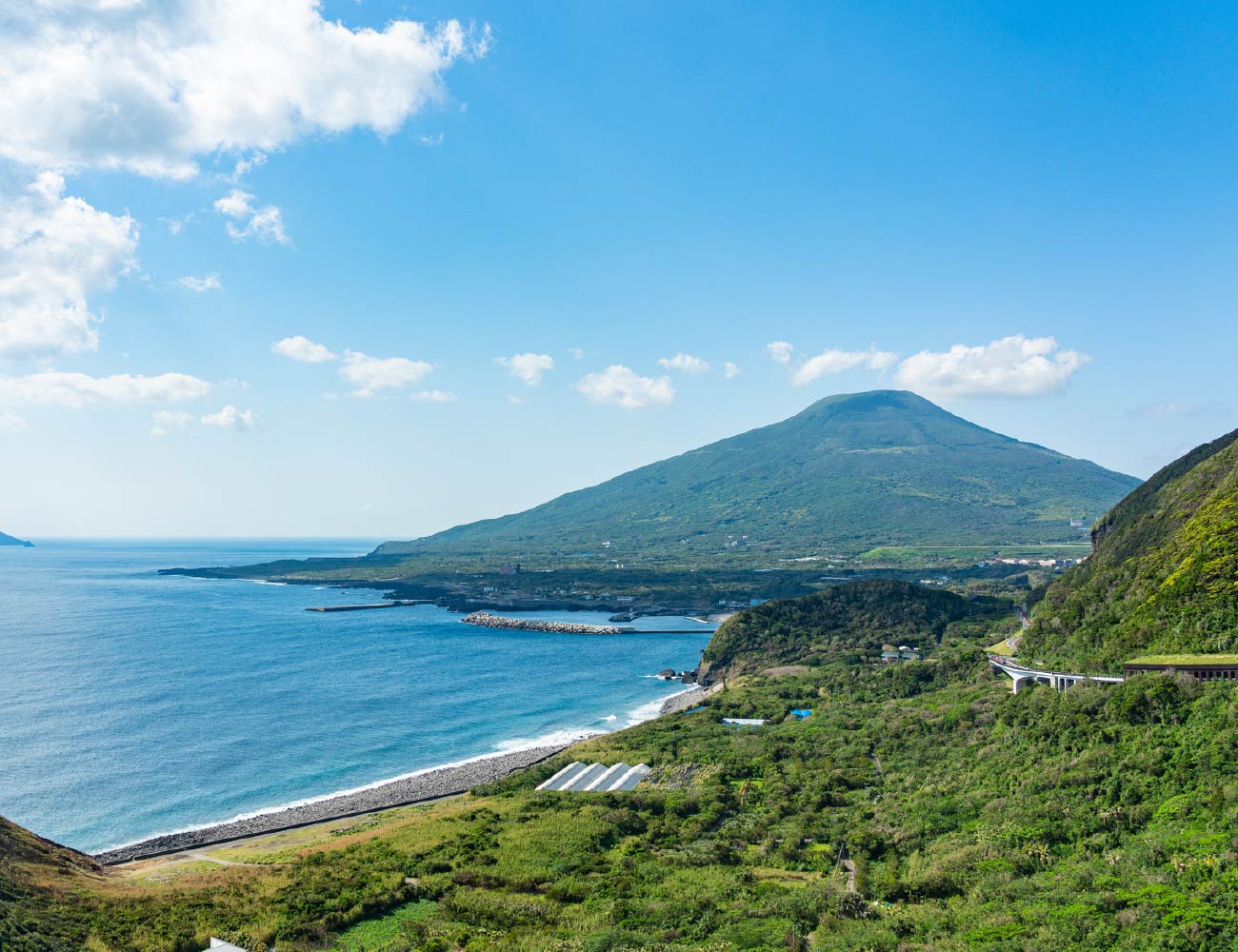 The Tokyo Islands contain a total of 200 islands stretching from the Sagami Bay south of Tokyo into the Pacific Ocean. The islands are warm throughout the year and enjoy abundant nature. However, they face isolation from the outside world during rough weather, resulting in unique cultures developing on each island.

Among these islands, Hachijojima, located about 280 km southeast of Tokyo, is the biggest shochu producer. The island covers about 69.11 km² of area and houses two volcanoes, Hachijo Fuji and Mt. Mihara. The main industries on the island are agriculture, coastal fishing, and tourism. 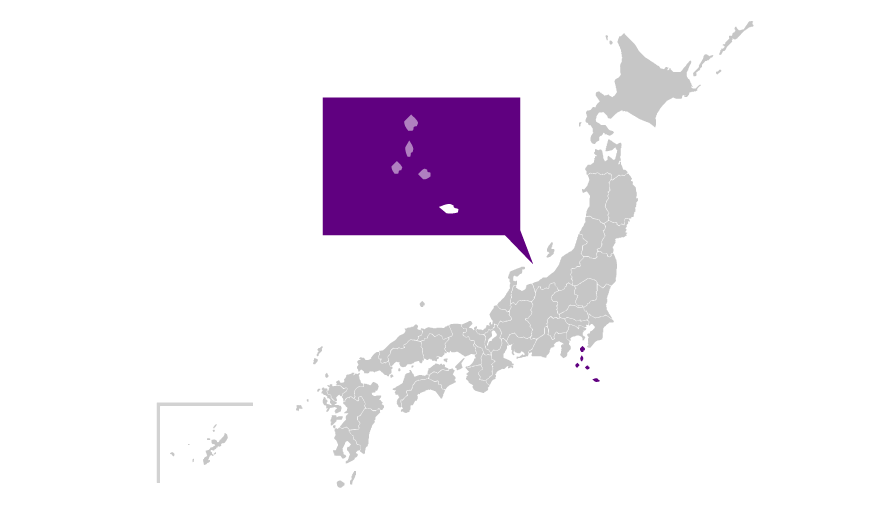 Hachijojima has a warm climate due to the effects of volcanoes and the warm Kuroshio Current. It has an average annual temperature of 18°C, with annual precipitation of 3,202mm. 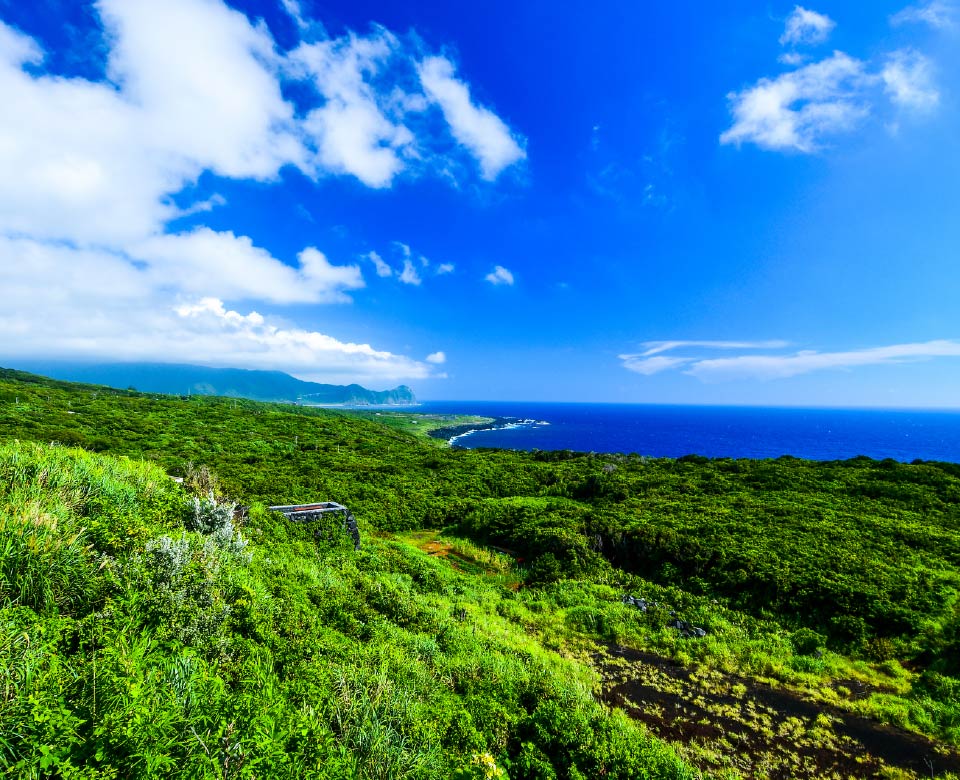 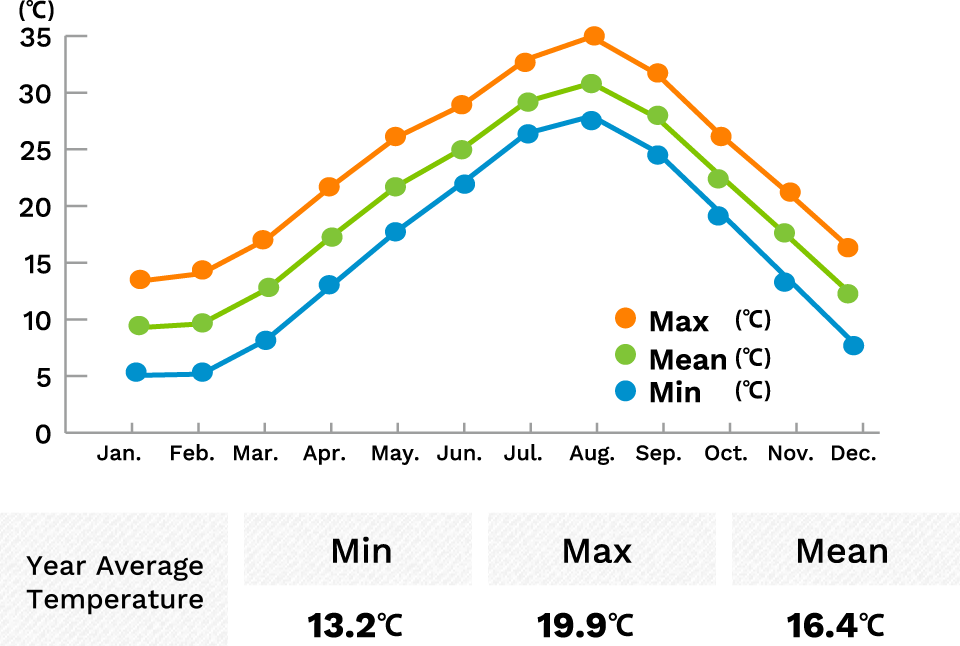 The island has experienced thriving sweet potato cultivation since the first half of the 18th century. However, recent market trends have urged many farmers to switch to foliage plant cultivation. Now the islands face a shortage of potatoes for shochu production. 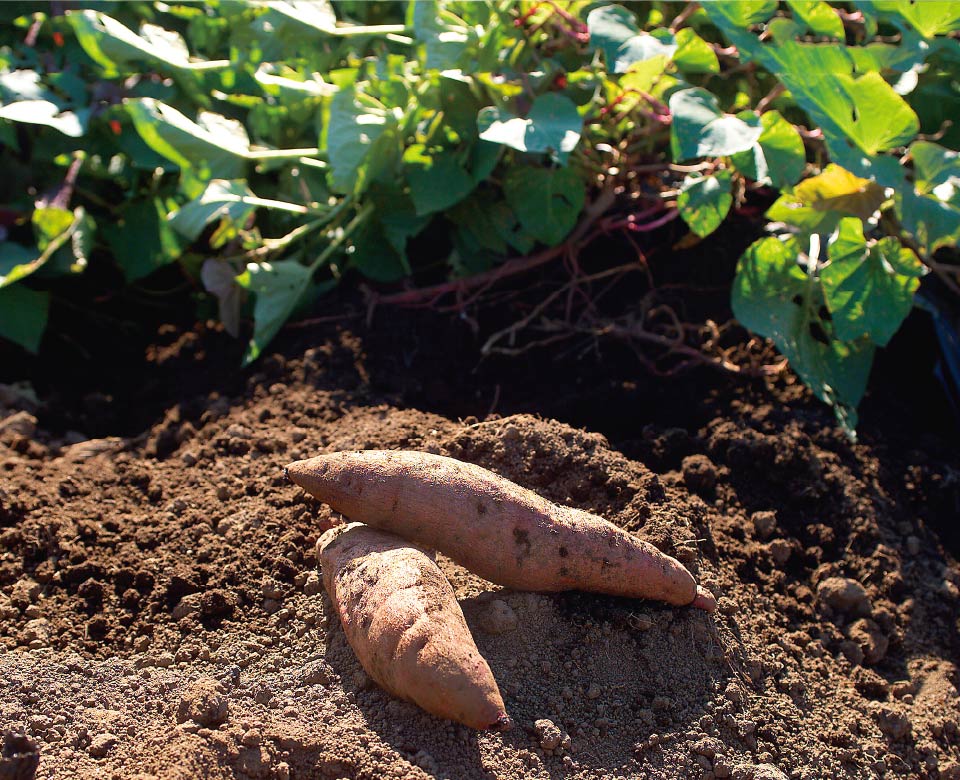 Shochu production on the Tokyo Islands dates back to 1853. A merchant from Satsuma (today’s Kagoshima), Tanso Shoemon, introduced Kagoshima-style potato shochu to Hachijojima and Miyakejima during his exile on Hachijojima.

At that time, scarce grain production in Hachijojima led to restrictions on making sake or porridge-like homebrew, doburoku. On the other hand, sweet potato cultivation had steadily increased since the first half of the 18th century. Seeing the abundant sweet potatoes, Tanso ordered a distillation device from home and taught the islanders how to make shochu from sweet potatoes. Since rice was a valuable crop, they used more accessible barley to make koji as an alternative. As a result, the rare style of sweet potato shochu made with barley koji came to be. Today, barley koji potato shochu is synonymous with island sake.

During the 20th century, island farmers shifted from cultivating potatoes to foliage plants, which had a higher market value. Facing a potato shortage, distilleries started making barley shochu as well as a unique blend of barley and potatoes.

For years, island shochu has shared a deep connection to the life of the islanders. There is a custom of drinking shochu for celebrations and gatherings of any kind. Not long ago, many households had their own earthen shochu pot, which was replenished on a daily basis.

Due to the distance from mainland Japan, these island shochu varieties were initially limited to the islands. However, it has recently attracted attention as a “phantom sake” among shochu lovers due to its rarity and unique taste. The popularity of Tokyo Island Shochu continues to spread outside of the islands. 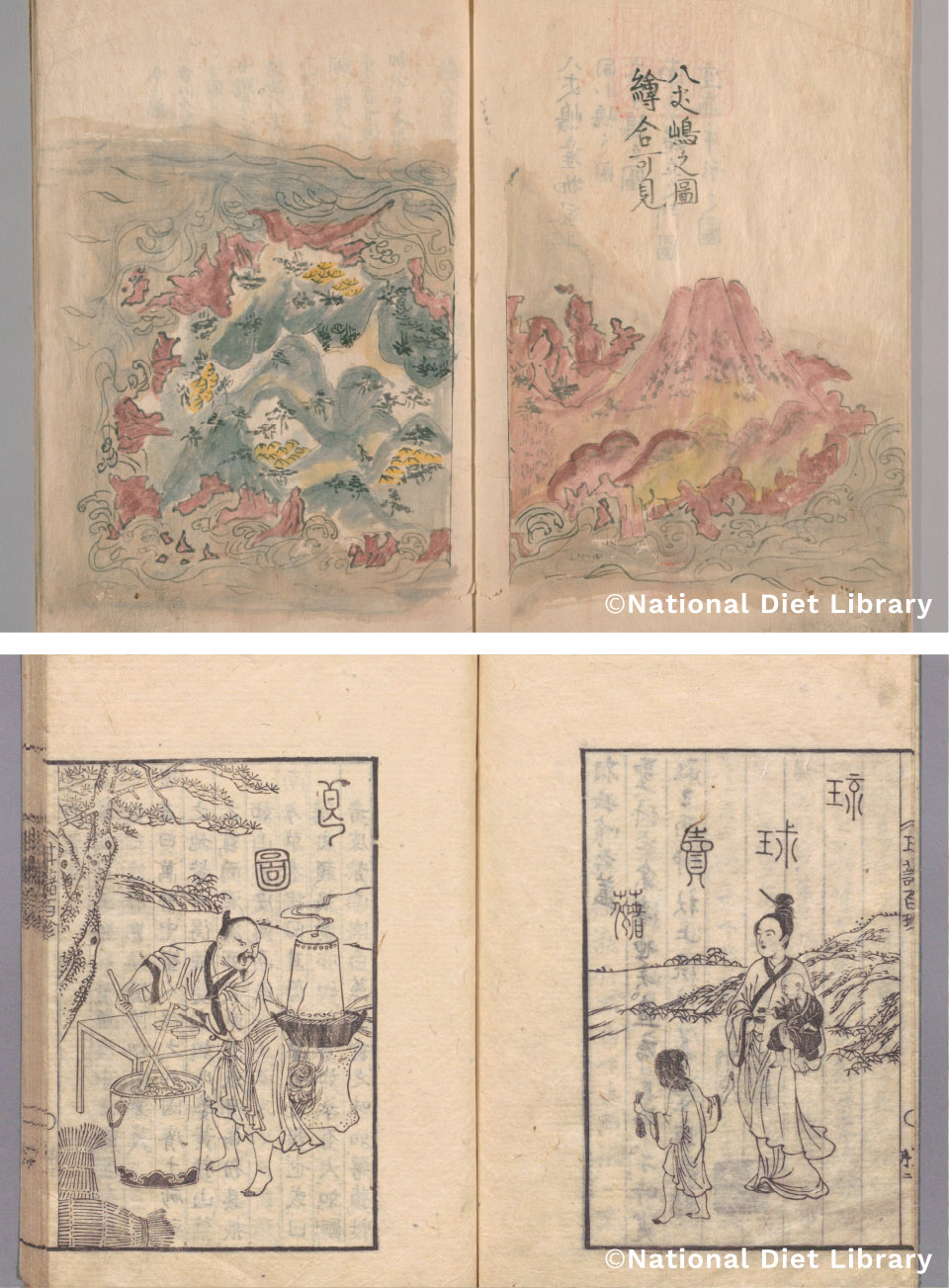 Due to decreasing sweet potato cultivation, barley shochu production has increased on the islands in recent years. The islands' barley shochu gained popularity for its uniquely smooth and flavorful character. 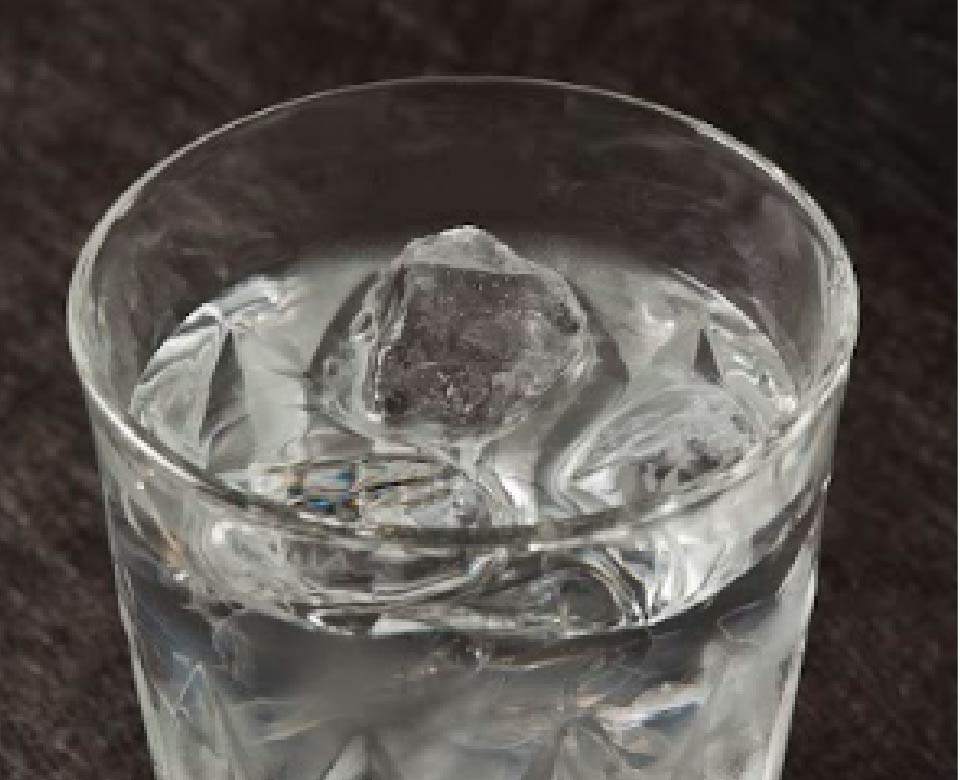