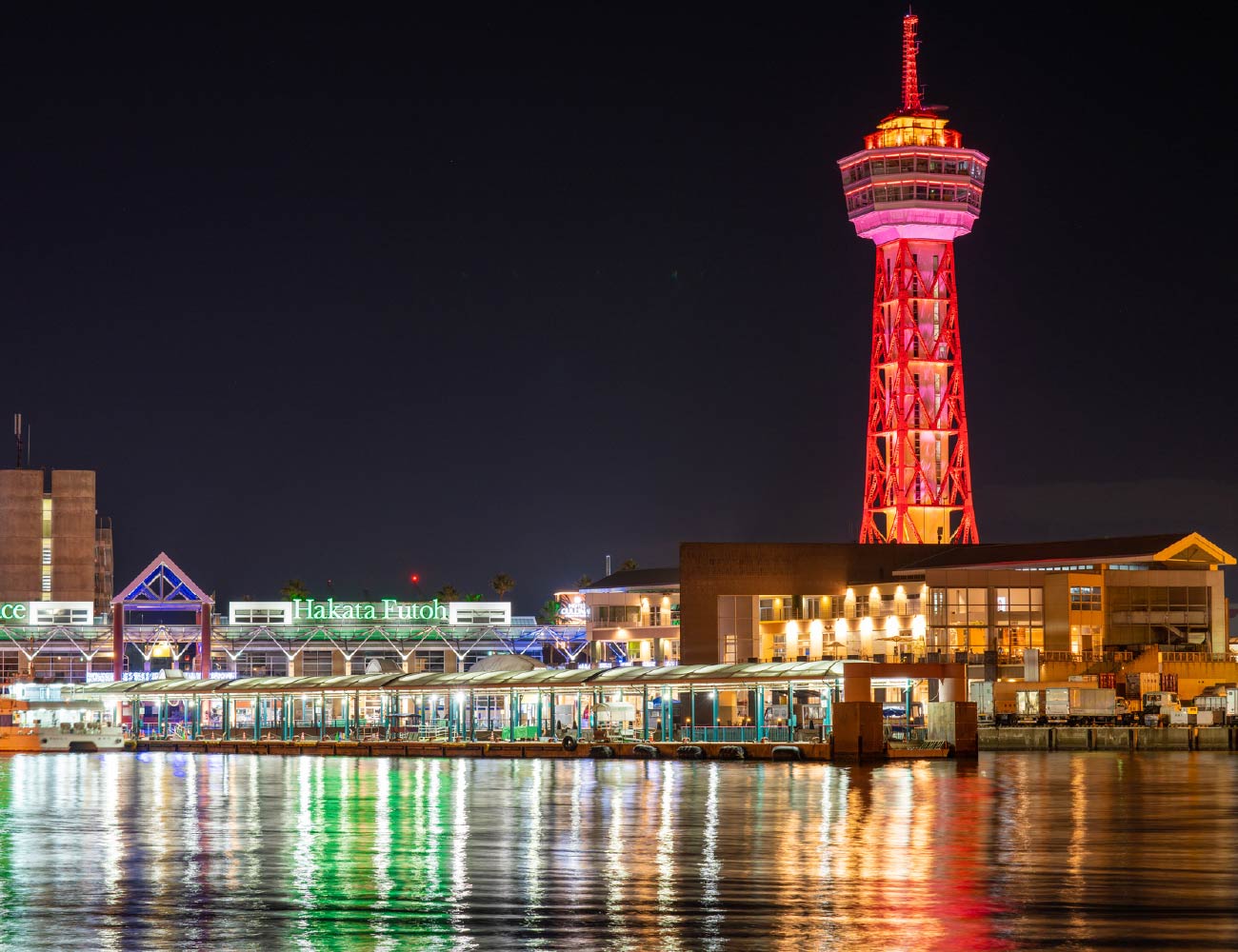 Fukuoka Prefecture is located in the northeast corner of Kyushu. It serves as the home to Fukuoka City, Kyushu's largest city, and a transportation hub connecting the island to Honshu. Fukuoka City is roughly equidistant from Tokyo and Shanghai, approximately 880 km and 890 km from each, respectively. Busan is only 215 km away, highlighting Fukuoka’s proximity to the Korean Peninsula and mainland China. Fukuoka is blessed with rich nature. The northeast corner is surrounded by the sea. Inland, numerous rivers flow from the mountains through the fertile plains and basins. In the 1970s, Fukuoka became the birthplace of two important techniques in modern shochu production; reduced pressure still and barley koji. 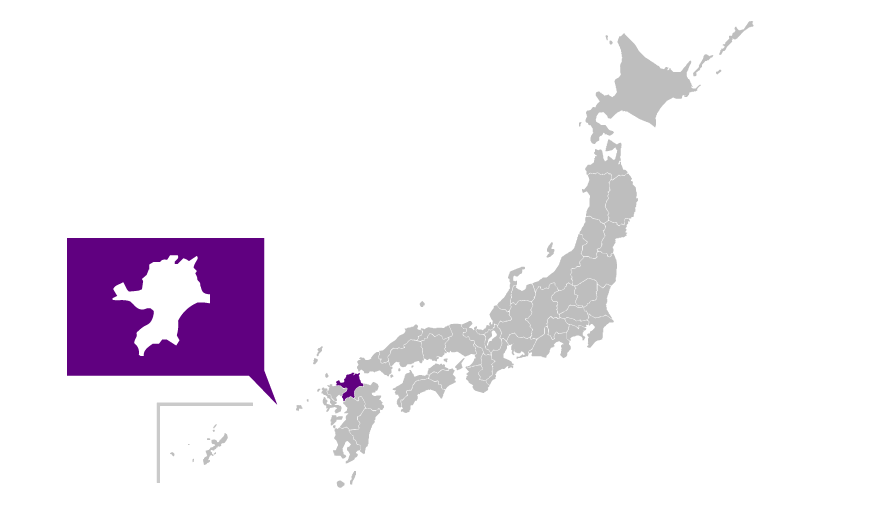 Fukuoka City has a warm and comfortable climate. It has an average annual temperature of 17.0°C and annual rainfall of 1612.3mm. However, since the city faces the Sea of Japan, cold wind from the continent causes cloudy, snowy weather in winter.

On the other hand, the inland plains are surrounded by mountains on three sides. As a result, there is a big temperature difference between day and night as well as throughout the year. The plains also see much less rainfall, but some mountainous areas get snow in winter. 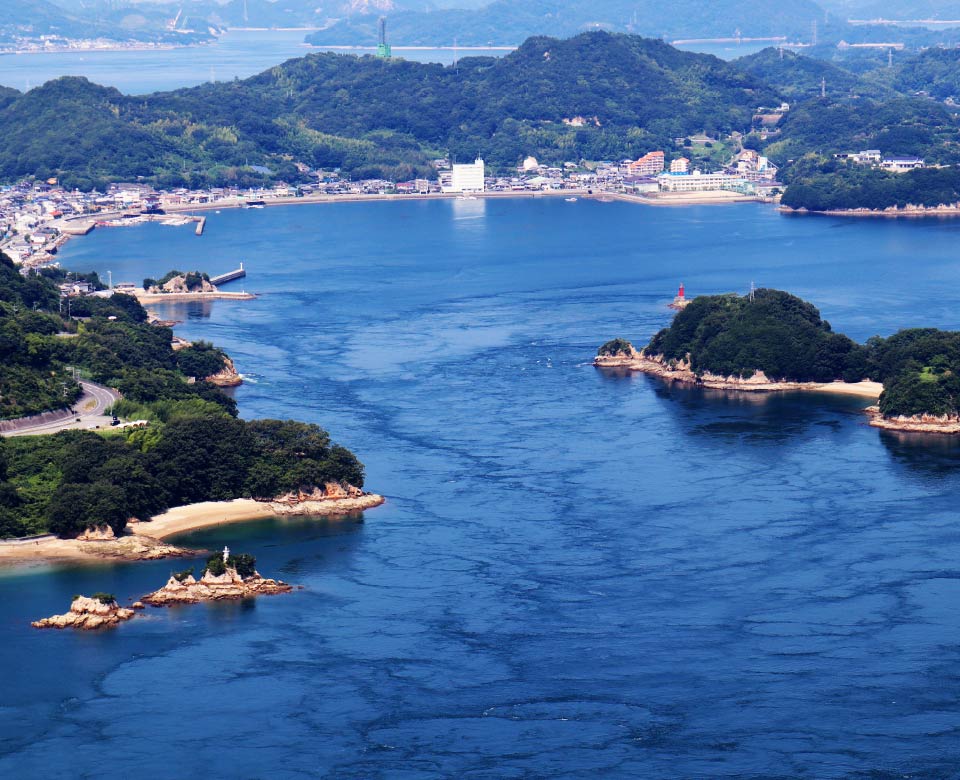 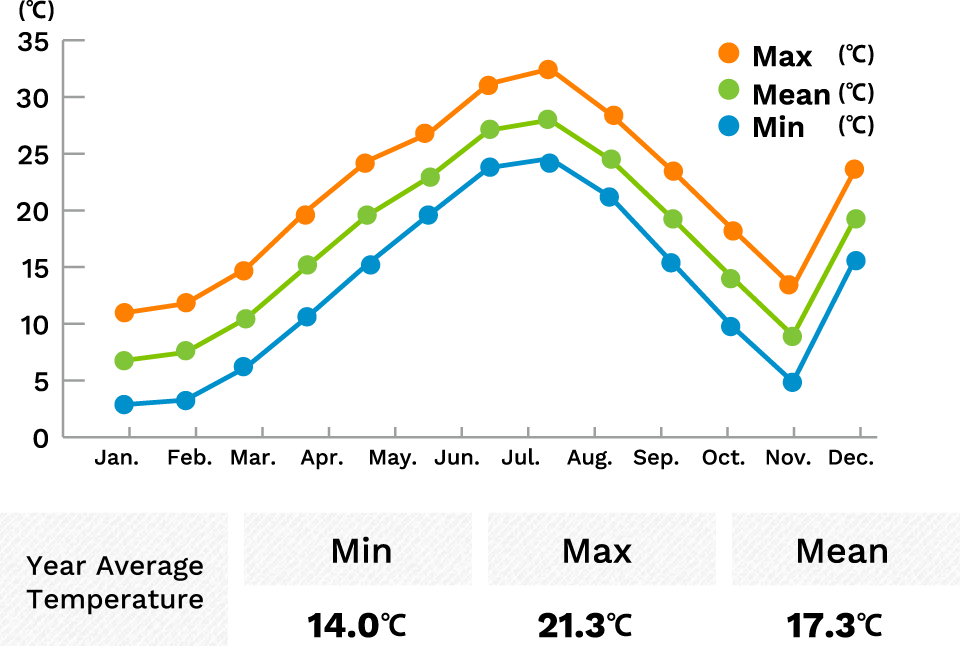 In 2018, there were 81,400 hectares of cultivated land in Fukuoka. Of this land, 75% is rice paddy, reflecting their thriving rice cultivation. In addition, Fukuoka ranks 3rd in the production of two-row barley in Japan, with 5,790 hectares of production, in 2021.

The total annual yield of two-row barley in Fukuoka in 2021 was 25,300 tons. Approximately 45% was the variety widely used in shochu production, Haruka Nijo, at 11,269 tons. In 2005, Fukuoka Prefectural Agricultural Experiment Station developed Harushizuku. Harushizuku is a two-row variety unique to Fukuoka that is resistant to diseases and has a large amount of starch. This unique variety of barley is now widely cultivated for shochu with an annual yield of 4,024 tons in 2021. 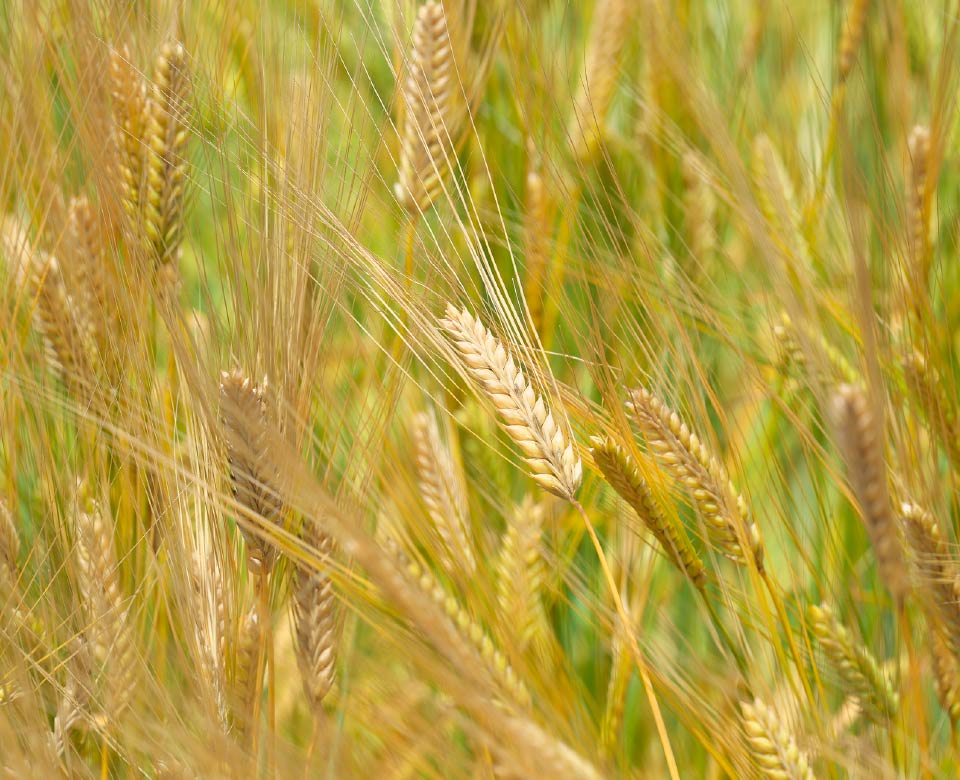 The Fukuoka Prefecture Tourism Association came up with the name “Hakata Shochu” in 1975, the year the Sanyo Shinkansen opened between Okayama and Hakata. Newly named Hakata shochu became local promotional items for tourism and the Shinkansen.

The history of Hakata shochu originates from the kasutori shochu, shochu made from sake lees. Fukuoka produced abundant rice used for sake production by numerous breweries during the Edo period. Subsequently, the lees produced in the process were re-fermented and distilled to make kasutori shochu. Traditionally, making kasutori shochu involved kneading the rice husks and lees together into a ball and steaming it. After the steaming (distillation), the alcohol-free sake lees became a nutrient-rich fertilizer, which nourished rice, completing the cycle. However, when sake lees became scarce during wartime, and outside of the sake brewing season, distilleries made shochu with other ingredients, such as the powder produced by polishing sake rice. Today, barley is the main raw ingredient of shochu made in Fukuoka.

Hakata, the largest city in Kyushu, is also known as a gourmet city. Distilleries from all over Kyushu view Hakata as one of the most important markets to test their product. However, Hakata consumers are fairly discerning. It takes more than a product simply being “local” to impress them. As a result, distillers in Fukuoka have been trying to add extra value to their product, including using local varieties as base materials and aging. 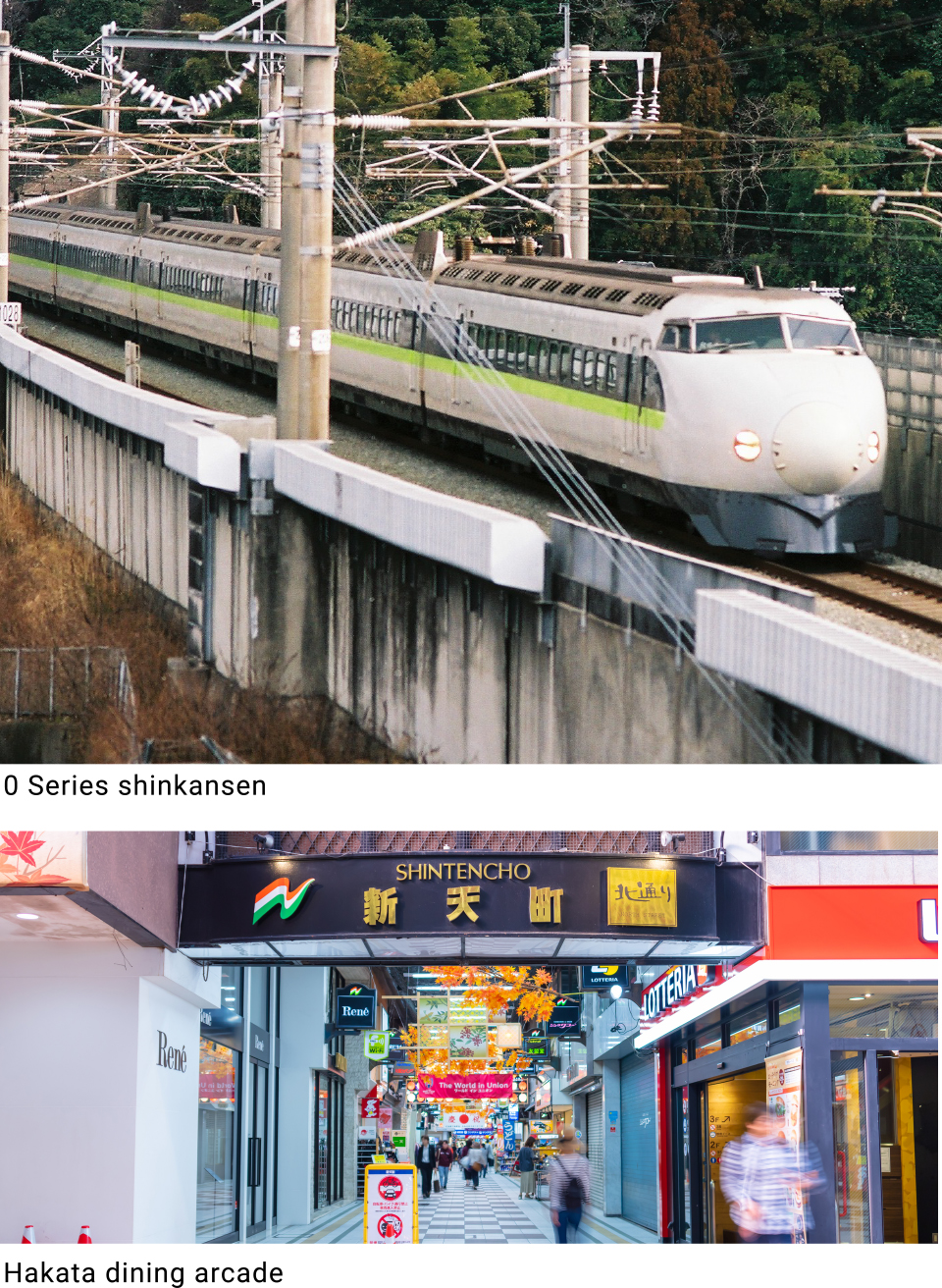 Fukuoka Prefecture is blessed with fertile land and has long produced various alcoholic beverages. In terms of shochu, there was a total of 7,747 kl of sales in 2019CY. Shochu varieties included barley (5,882 kl), sweet potato (267 kl), rice (221 kl), buckwheat (7 kl), and others (663 kl), reflecting their characteristically diverse shochu production.

Fukuoka's shochu making is rooted in shochu made with sake lees, “kasutori shochu,” which was closely linked to local agriculture. Recently, since the production of kasutori shochu is limited to the sake brewing season, barley shochu became the main type. This allows for year-round production and accounts for 75% of Fukuoka's total shochu production.

Fukuoka is home to two important developments in shochu production: reduced pressure distillation and barley koji. A reduced pressure still was developed by a sake and shochu maker in southern Fukuoka in 1973. This new method of distillation produced a much lighter flavored shochu, leading to a nationwide popularity boom in the late 1970s to the early 1980s. Reduced pressure distillation is widely used by distilleries around the country today. In 1975, a distillery in central Fukuoka launched the very first barley shochu made with barley koji. Up until then, it was very difficult to make barley koji, so distillers usually made barley shochu with rice koji. Today, 100% barley shochu is widely produced in adjacent Oita Prefecture and other parts of mainland Kyushu.

Shochu makers and Fukuoka government officials are working closely together to promote the “Hakata Shochu” brand. In 2005, Fukuoka Prefectural Agricultural Experiment Station developed a variety of two-row barley unique to Fukuoka called Harushizuku. The high starch content quickly made Harushizuku a popular choice for shochu produced in the prefecture. There has also been an increase in shochu aged in barrels and jars, appealing to both the Japanese and overseas consumers. 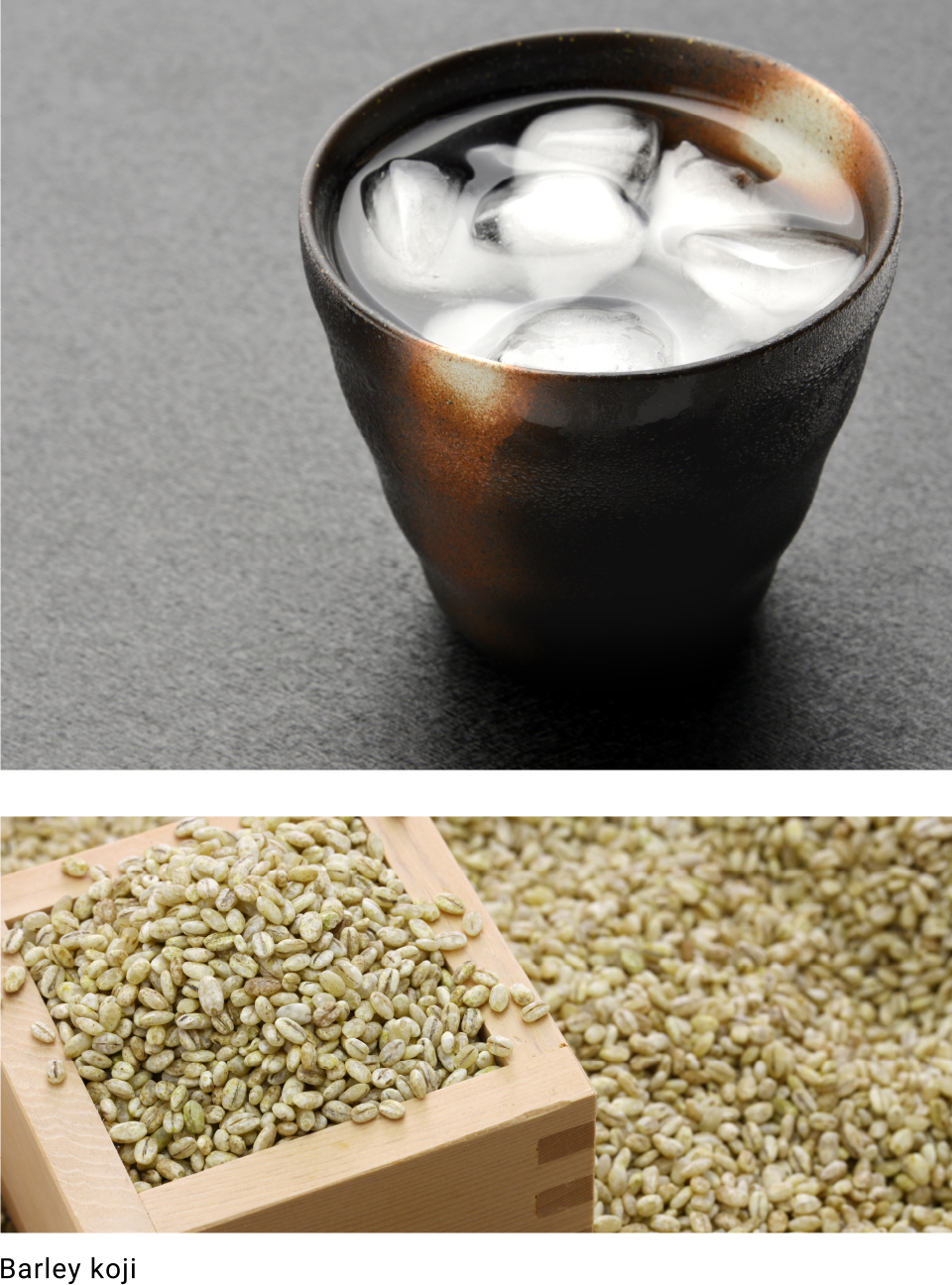 Hakata Shochu is registered as a regional collective trademark.