Shochu Distillation Process How is Shochu Different from Other Spirits? 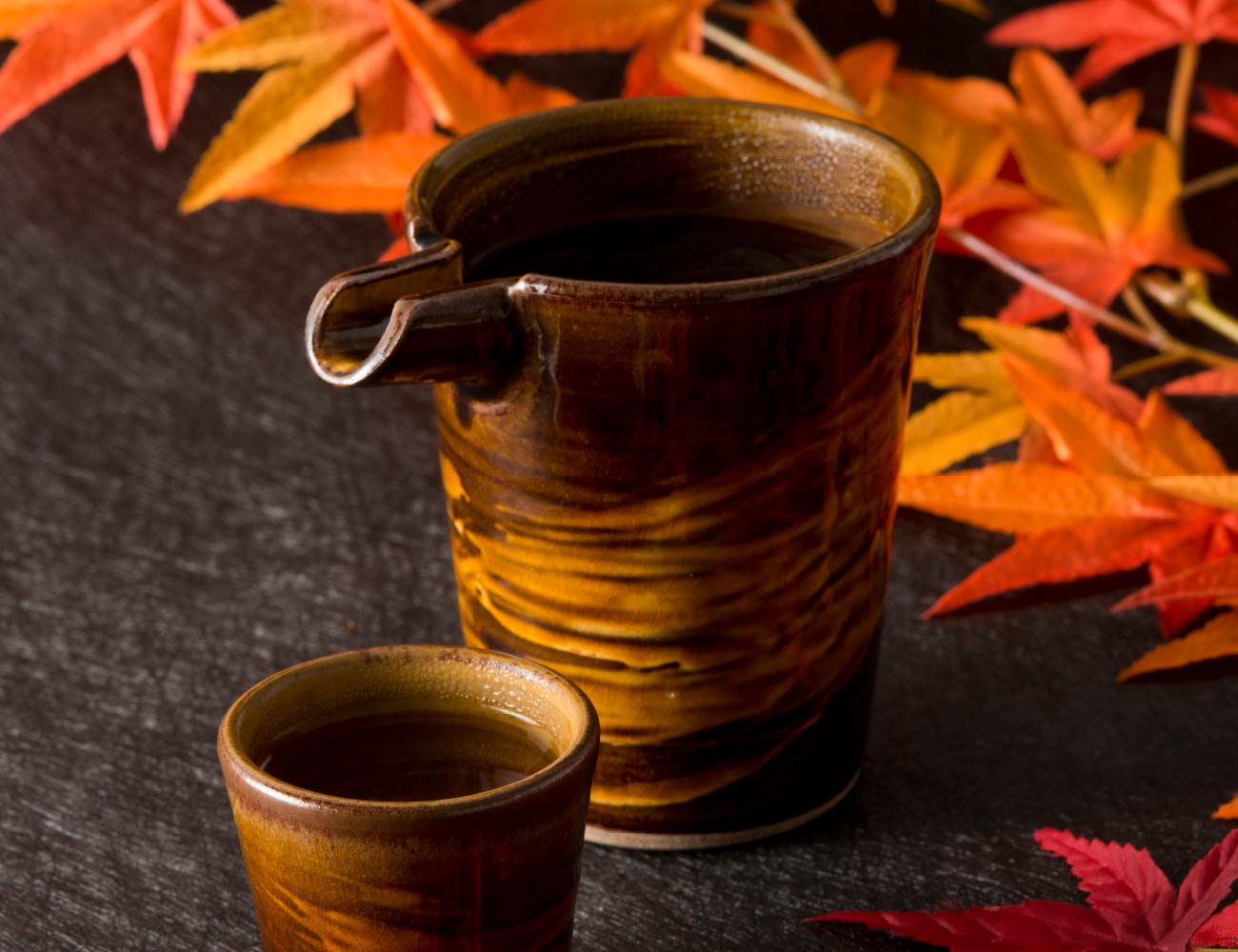 Shochu is a Japanese spirit made from various base ingredients, such as rice, sweet potatoes, barley, and brown sugar. The base ingredient undergoes saccharification with the help of koji mold. After going through fermentation, the mash is then distilled to make shochu.

On this website, “shochu” refers to honkaku shochu and awamori. Honkaku shochu refers to a category of shochu that goes through a single distillation in a pot still. This process results in a distinct flavor that highlights the base ingredient in the final product.

Awamori is a type of honkaku shochu from Okinawa that is made using rice. Awamori undergoes a slightly different production method compared to rice shochu from other regions. 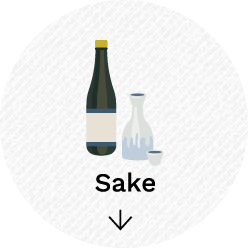 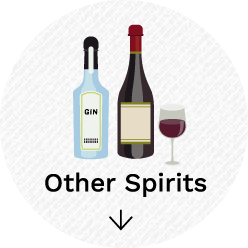 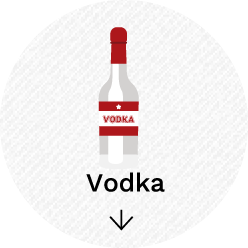 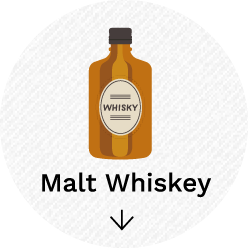 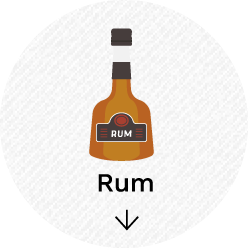 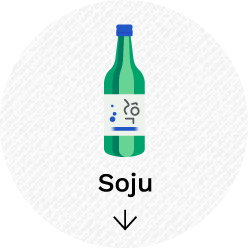 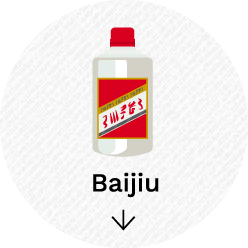 How is Shochu Different from Sake? 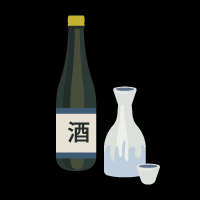 How is Shochu Different from Sake?

First and foremost, shochu is a distilled alcoholic beverage whereas sake is a brewed alcoholic drink made from rice. Furthermore, several base ingredients are suitable for shochu production, not just rice, but also sweet potatoes, barley, and brown sugar. Since shochu is a distilled beverage, it has an alcohol content of 25-35% abv, while sake has a lower alcoholic content of 15-16% abv. The major shochu production area is in the southern part of Japan, particularly in Kyushu and Okinawa. However, sake is made across the country. People in Japan enjoy both sake and shochu with food. When paired with food, shochu is usually mixed with water to bring down the alcohol content to 12-15% abv. 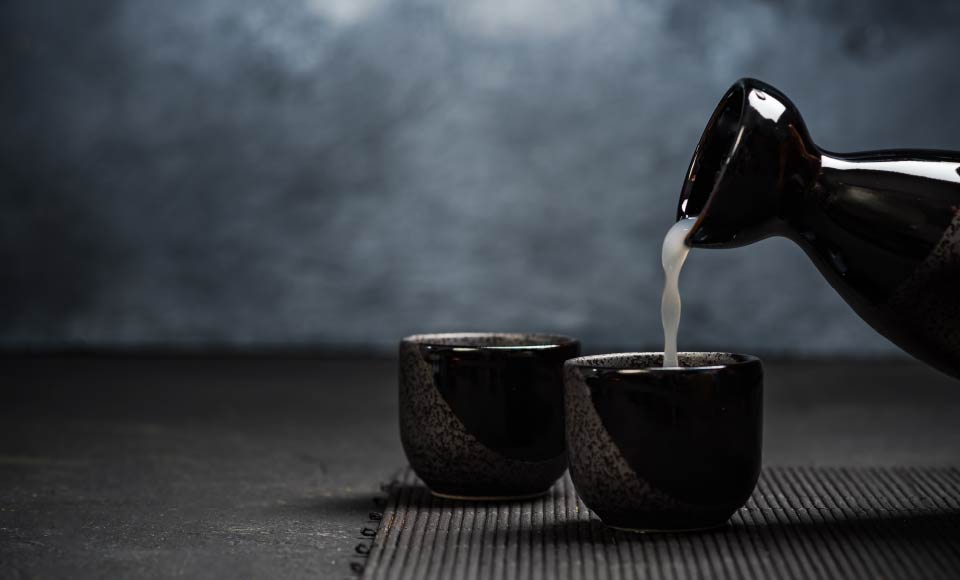 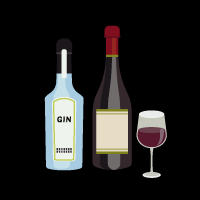 How is Shochu Different from Other Spirits?

Shochu production employs a variety of base ingredients, including rice, barley, sweet potatoes, and brown sugar. Despite this diversity, each shochu almost always uses only one base ingredient as the base and rarely a mixture of them.

Some types of shochu use the same base ingredients as other spirits, like barley shochu and whiskey. The following sections describe the differences between shochu and these spirits in greater detail. 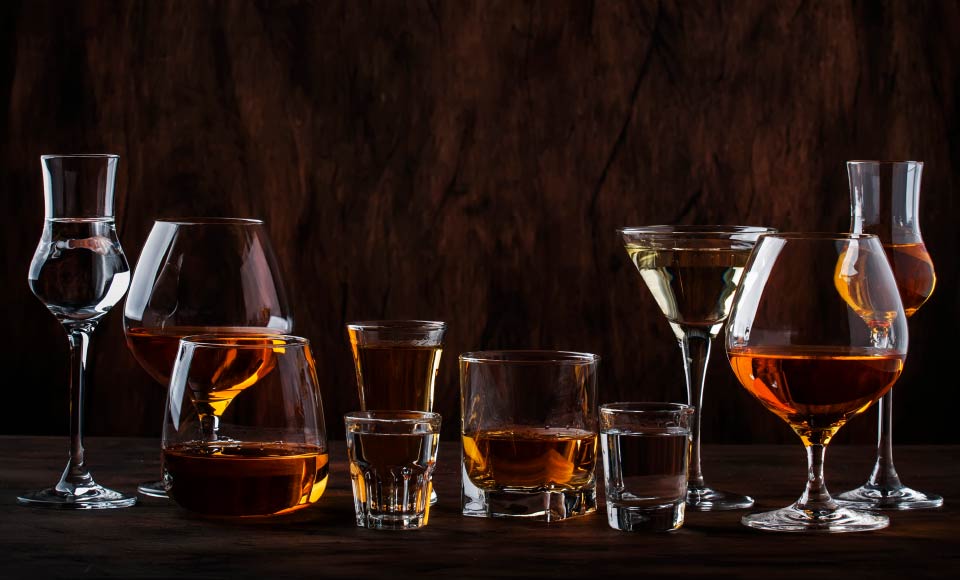 Spirits and their Base Ingredients

Saccharification is the process of breaking down complex starches into simple sugars. It is essential when making an alcoholic beverage with starch-rich base ingredients. Some spirits made with sugar-rich base ingredients, such as brandy, grappa, and rum, do not require this process.

Most western spirits, such as whiskey, vodka, and gin, use malt to produce the enzymes necessary for saccharification. On the other hand, Asian spirits often use mold to create these enzymes. However, the mold variety differs across spirits. Shochu uses the Aspergillus family of koji mold while Chinese baijiu and Korean pot-distilled soju use the Rhizopus family.

Aging smoothes out the pungent flavors of the distillate, enriches flavors and adds value to some spirits, but most shochu are shipped after two to three months after distillation. One exception is “kusu”, or awamori that is aged for 3 years or more. However, unlike cognac and whiskey that are aged in wooden casks, awamori and other types of aged shochu are usually aged in earthen pots, tanks or the bottle. While the flavor of aged whiskey and cognac derive from the wooden casks, the flavor of aged awamori and shochu comes from the product itself, from chemical reactions of the compounds contained in the spirits.

Shochu is not infused with spices, herbs, or any other materials. 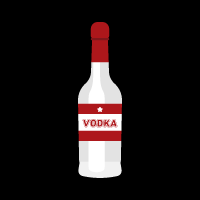 How is Shochu Different from Vodka?

While shochu and vodka may seem like similar spirits, there are several differences between them. The first main difference is the number and types of distillation required for each spirit. Shochu usually undergoes distillation mostly only once in a pot still while vodka undergoes multiple rounds of distillation in a column still.

The second main difference involves filtration. Vodka production requires filtration with birch charcoal. On the other hand, shochu production does not require a specific filtration method and some distilleries even make non-filtered shochu. This results in different flavor characteristics. Shochu retains the distinct flavor of its raw materials whereas vodka purposely lacks such flavor.

Lastly, while most shochu sold within Japan has an abv of around 25-35%, vodka usually contains 40% abv. 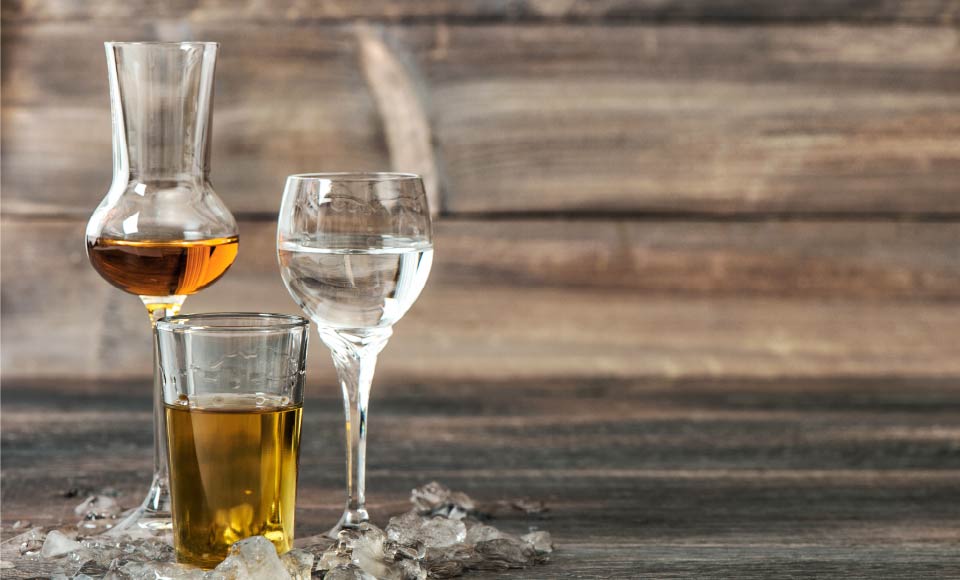 Differences Between Shochu and Vodka 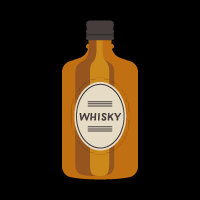 How is Barley Shochu Different from Malt Whiskey?

There are a few differences between barley shochu and whiskey. The first difference is the processing methods applied to the base ingredient, barley. Barley shochu uses barley grains polished down to 65-70% of the original weight, while whiskey uses malted barley.

The second difference between shochu and whiskey is the method of saccharification. While barley shochu uses koji mold to break down the starch in barley into sugar, whiskey leverages the malting process to release sugars.

The last main difference is the prevalence and impact of aging. While some barley shochu is aged, most is shipped relatively soon after distillation. On the other hand, most whiskey ages for at least three years in wooden casks before shipping. As a result, barley shochu tends to be clear in color with a light flavor of roasted barley. In contrast, whiskey has a light amber hue and rich flavor derived from the wooden casks. 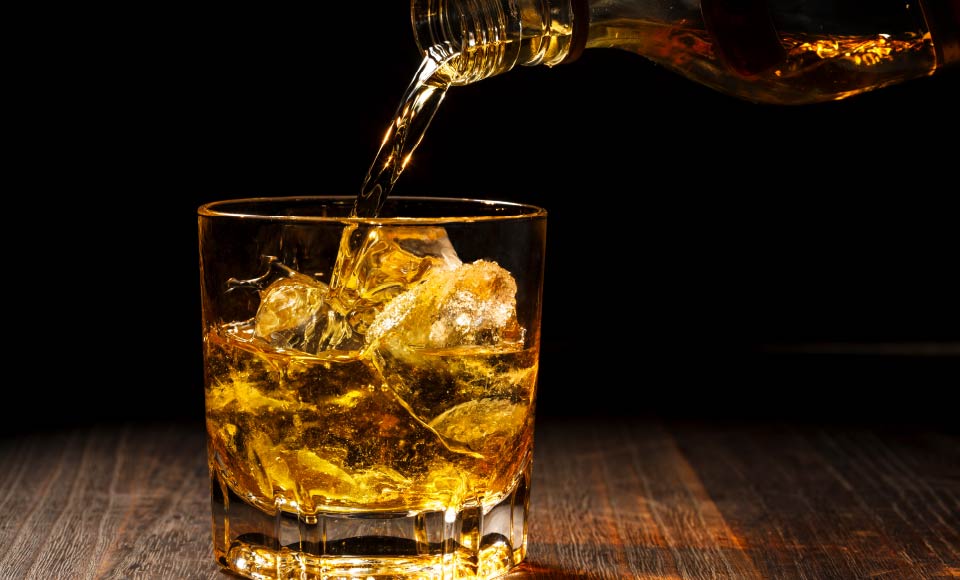 Differences Between Barley Shochu and Whiskey 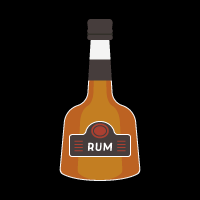 How is Brown Sugar Shochu Different from Rum?

Brown sugar shochu and rum are both spirits made from sugar cane. However, there are a couple of key differences between them. First is the raw material. As its name suggests, brown sugar shochu is made from brown sugar, which is sugar cane juice boiled down to mineral-rich solid chunks. On the other hand, rum is usually made from molasses, which is a syrupy byproduct of the sugar crystallization process. 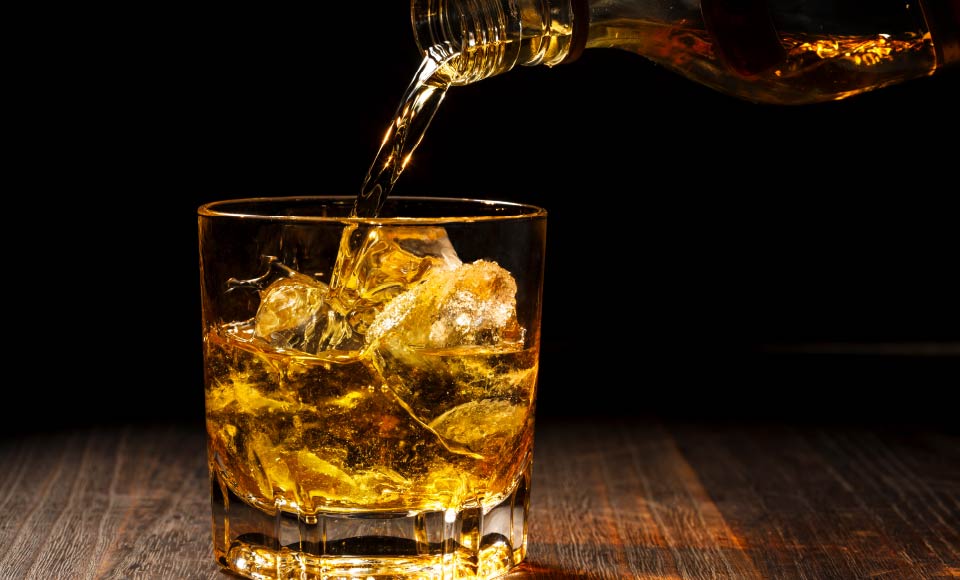 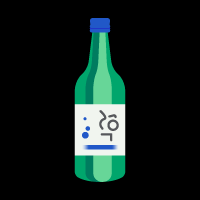 How is Shochu Different from Soju?

Due to their similar names and appearances, shochu is often confused with the Korean spirit, soju. However, there are some significant differences between the drinks.

The biggest difference between shochu and the majority of modern soju is the distillation method. While shochu distillation uses a pot still, the majority of soju is “diluted soju,” which is thoroughly distilled in a column still. This results in a difference in the flavor of these drinks as well. While shochu takes its flavor from its base ingredients, soju retains little to no flavor of its base ingredient. Instead, it has a light and clean taste from various purifying processes and flavor additives.

Another difference is the use of a single type of base ingredient or a mix of various raw materials. Shochu production usually uses one type of base ingredient, whether it is sweet potatoes, barley, or rice. Conversely, the majority of soju comes from a mixture of raw materials such as rice, barley, and corn. Like distillation methods, this also causes a difference in the flavor profile between shochu and soju. Lastly, shochu has a higher alcohol content at 25-35% abv while soju is usually at 15-25% abv.

The traditional type of soju, or “pot-distilled soju,” only 0.2% of the total soju production, has more similarities to rice shochu. The main difference between the two lies in the production method, particularly the type of koji and koji mold used. Shochu production exclusively uses the Aspergillus family of koji mold that is primarily grown on grains of steamed rice. Aspergillus koji mold can also grow on barley or sweet potatoes, used for specific types of shochu. On the other hand, traditional soju is made with nuruk. Nuruk is a cultivation of a mixture of various microorganisms, including Rhizopus, Aspergillus, Absidia families of koji mold, and yeast, on a crushed grain pounded into a disc or block shape. 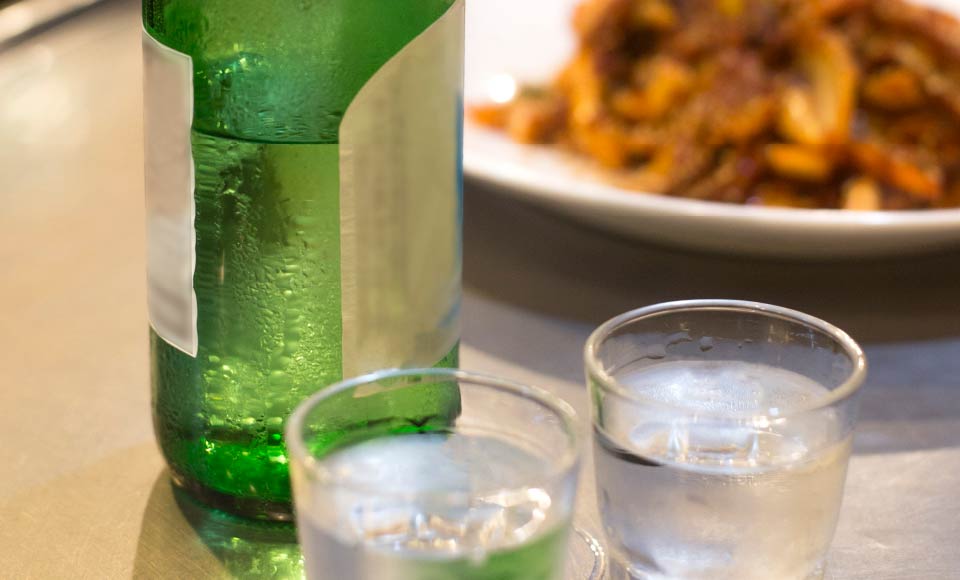 Differences Between Barley Shochu and Soju 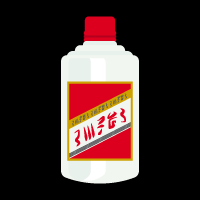 How is Shochu Different from Baijiu?

Shochu and Chinese baijiu are both traditional spirits made from various base ingredients and mold. Most baijiu is made from various types of cereal depending on the region, including kaoliang, wheat, beans, corn, and potatoes. However, shochu and baiju differ in their mold variety, production methods, and alcohol content.

Shochu uses the Aspergillus family of koji mold cultivated on grains of steamed cereal and occasionally cubed sweet potatoes. Baijiu uses Qu, a mold from the Rhizopus family cultivated on crushed, uncooked cereal that is molded into brick-like blocks.

The second difference is the production method, particularly the fermentation process. In shochu production, fermentation occurs in a tank or a tub. After fermenting, the mash enters a pot still for single distillation. Conversely, baijiu mash is solid with no addition of water and undergoes fermentation when buried underground. Baiju makers then dig the mash out of the ground and put it on baskets to steamed for distillation.

Lastly, shochu and baiju differ in alcohol content. While most shochu contains about 20-40% abv, baijiu has a much higher alcohol content, at above 50% abv. 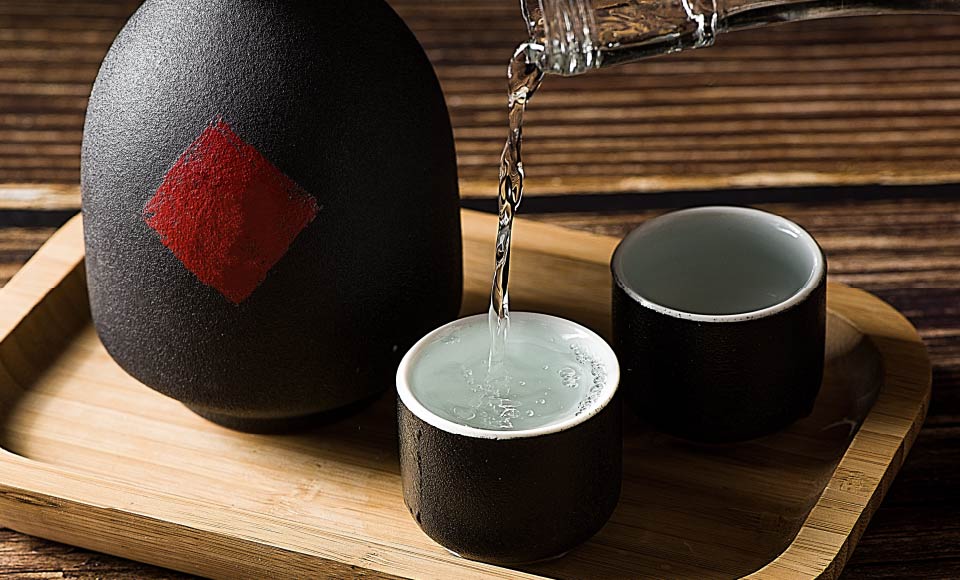 Differences Between Shochu and Baijiu