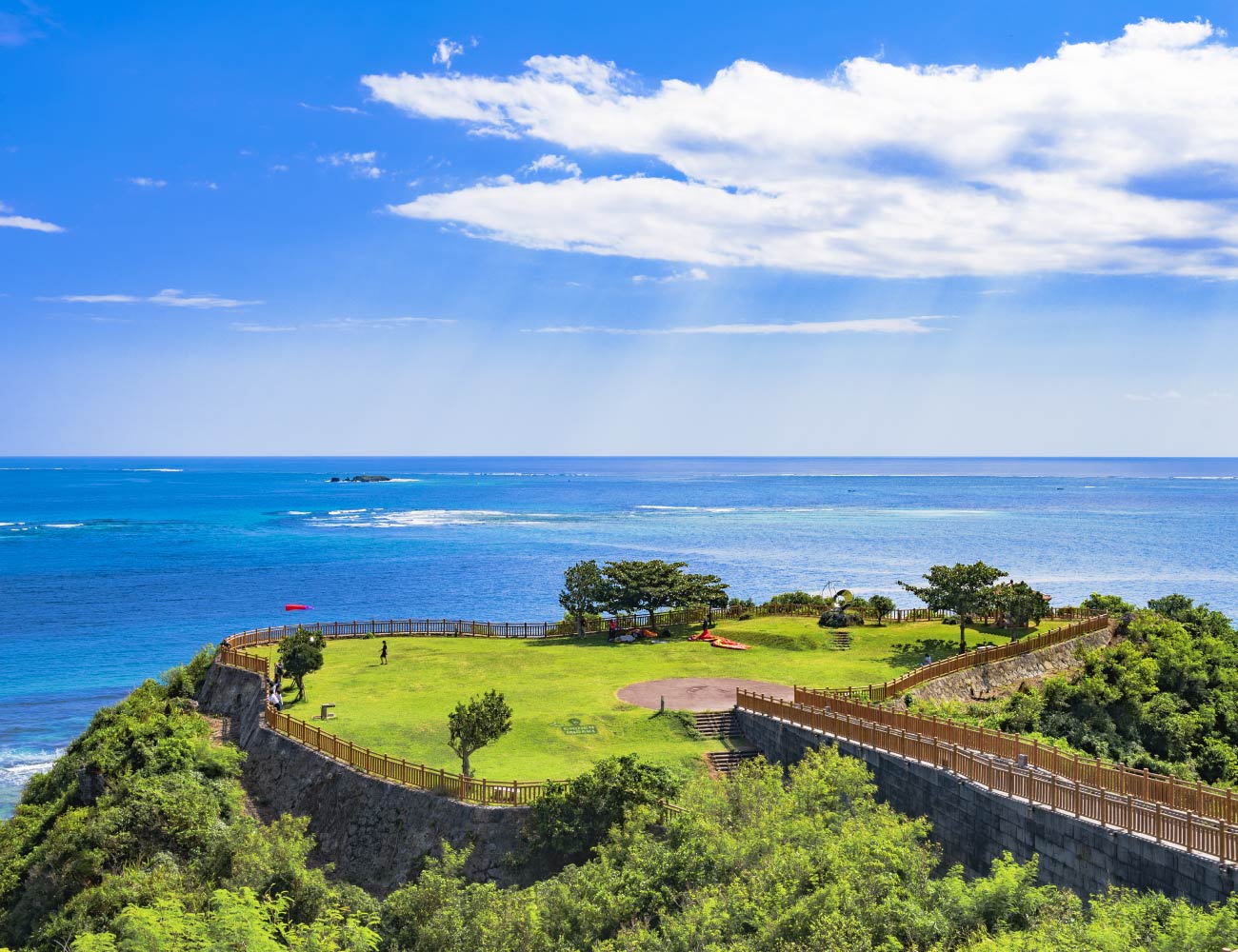 Okinawa Prefecture is a collection of 160 islands located at the southernmost tip of Japan. Ryukyu is the old name of Okinawa dating back to the Ryukyu Kingdom (1429-1879) when Okinawa was a sovereign state. The capital city Naha is located about 1500 km southwest of Tokyo, approximately 3 hours away by plane. Due to its geographical proximity to Taiwan, China, the Philippines, and Korea, Okinawa flourished in trade during the Ryukyu Kingdom era.

Today, Okinawa is one of the most popular tourist destinations in Japan thanks to its warm climate, aqua blue oceans, and unique culture. Local drinking experiences are often accompanied by uplifting traditional music and dance, making it joyous and memorable. 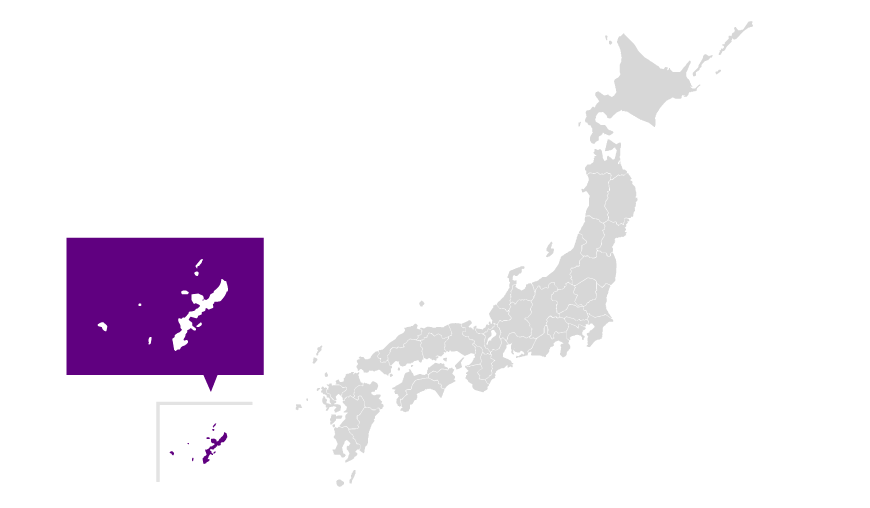 Okinawa is in a subtropical climate, with hot humid summers and mild winters. The average annual temperature is 23.1℃. Even in the middle of winter, the temperature rarely drops below 10℃. Conversely, the maximum temperature exceeds 30℃ for more than 100 days in some years.

There is plenty of precipitation in Okinawa, with annual rainfall averaging 2040mm and the monthly average rarely dipping below 100mm. It rains frequently and heavily during the rainy season, May to September, with occasional typhoons. At the same time, Okinawa has historically suffered from water shortages due to its topography, limiting the retention of freshwater. As a result, the prefecture uses dams and desalination facilities to help with their water supply. 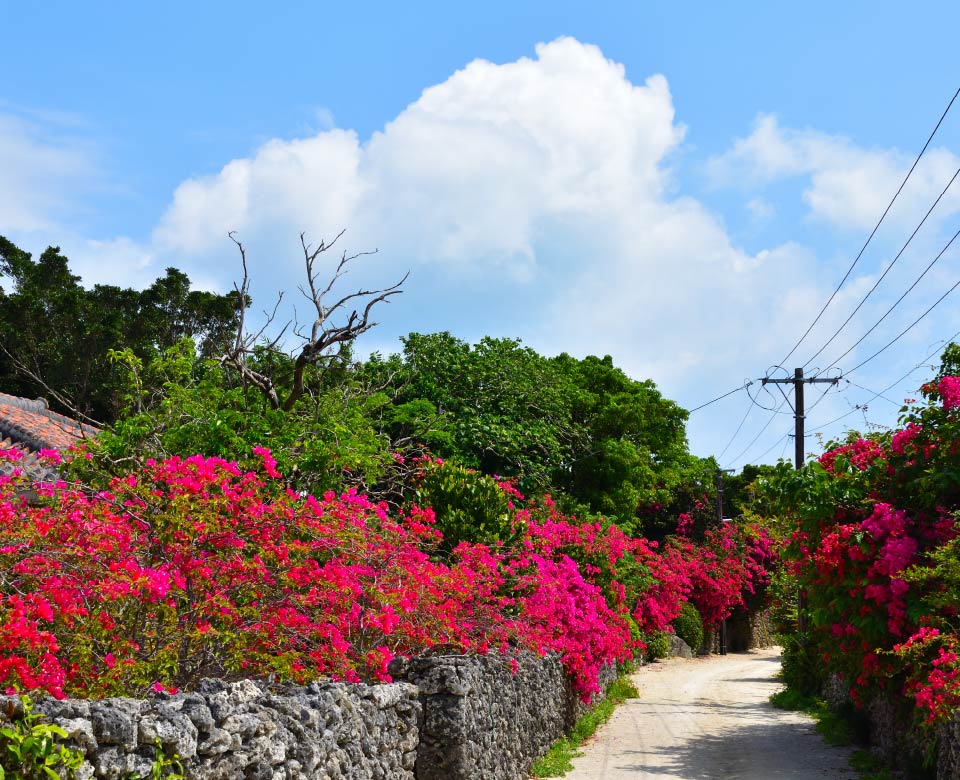 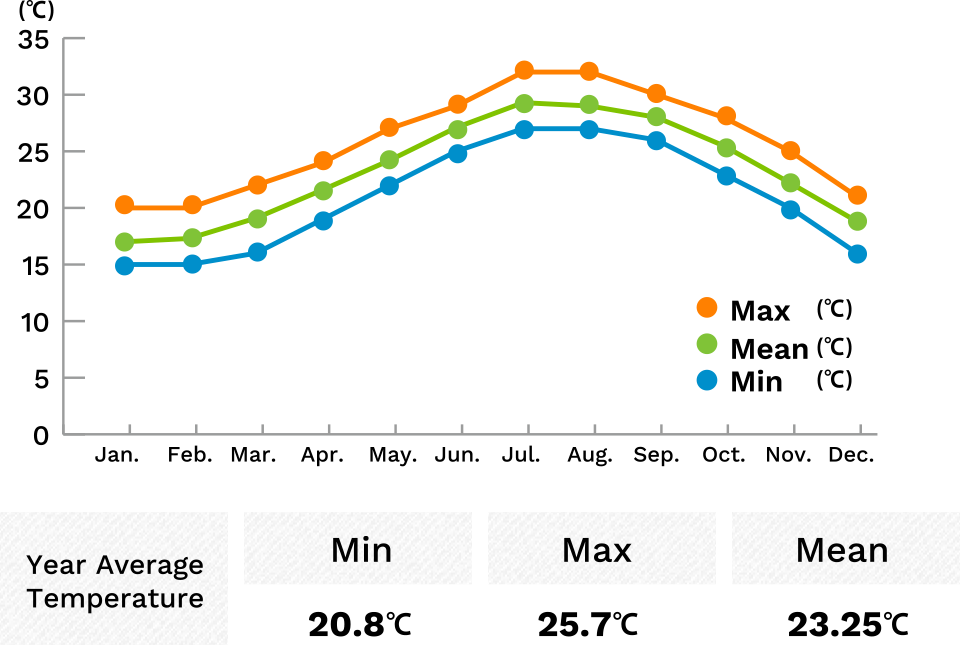 Awamori distillers in Okinawa historically used local rice and other cereal harvested in Okinawa as main ingredients for their product. However, starting in the Meiji era (1868-1911), they started to experiment with imported rice varieties. Long grain Indica-type rice imported from Thailand has been the main rice variety used in awamori production since the early 1900s. The rice strain became popular due to its compatibility with the production process and its unique taste. 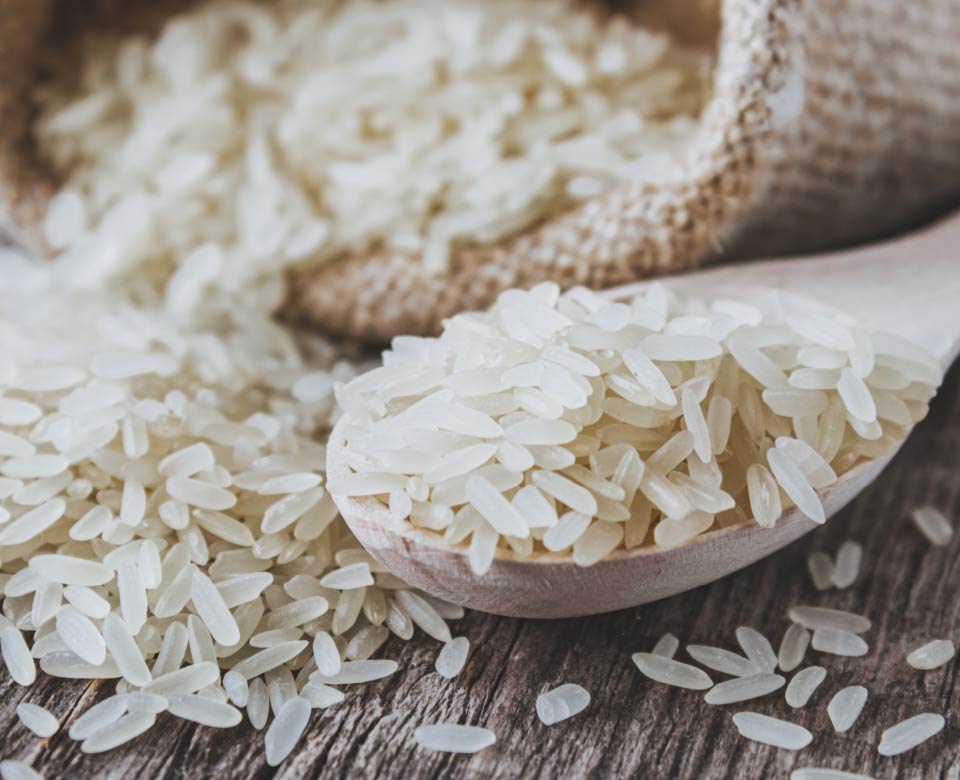 Ryukyu Kingdom (1429-1879), encountered various skills and technologies through its flourishing trade with neighboring regions. One of these skills was the method to distill liquor brought in over 500 years ago from Southeast Asia and the continent, where Okinawans had active trades with. The term “awamori” appears in lists of items presented to Shogun dating back to 1671.

During the Ryukyu era, the government-controlled the awamori production. They restricted its production in designated areas and supplied raw rice and millet as ingredients. In addition, there is a well-established culture of aging liquor, with the unique method “shitsugi”. Awamori that has been stored for over three years is called “kusu” meaning “old liquor.” Kusu usually has an alcohol content of 40% or more, a smooth taste, and a rich, vanilla-like aroma.

The locals usually mix awamori with water, soda, or turmeric tea to lower the alcohol content, and enjoy it with food. Okinawan cuisine boasts many pork-based dishes as well as dishes full of umami. Awamori makes a perfect accompaniment that brings out the rich flavor of these foods and also refreshes the palette. Another popular way to drink is with a few squeezes of the local citrus, shikuwasa, to give it a fresh twist. 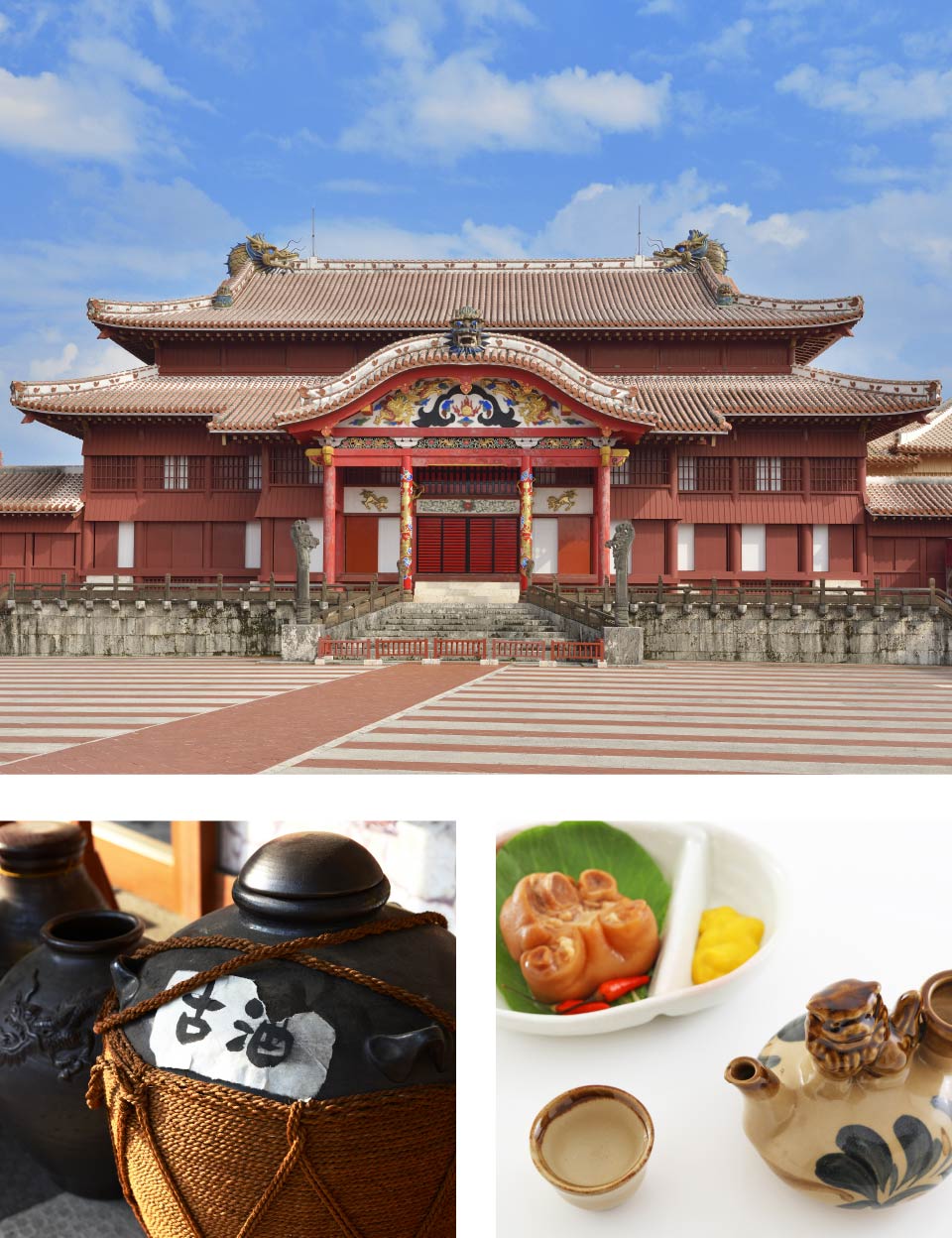 There are unique cups and vessels used to serve awamori in Okinawa. “Karakara” is a ceramic, oval-shaped jar with a knob-like mouth on the top and a long spout. It is believed that an awamori-loving Buddhist monk was inspired by the shape of a round rice cake and came up with a jar that is difficult to knock over. Some say the name “karakara” came from a similar phrase, “kase kase (let me borrow it)”. Others believe it came from the sound the vessel makes when empty and shaken. Okinawa’s karakara can not be heated on an open flame like similar vessels found in Kyushu. Another vessel unique to Ryukyu awamori is Ryukyu glass. These colorful glass cups originated from recycled glass bottles left by American soldiers after WWII. They are relatively thick, and often used to serve awamori mixed with water or soda, or on the rocks.

Ryukyu Awamori is a type of rice-based spirit made in Okinawa (Ryukyu). Awamori is a distillate of rice-koji mash in a pot still, which falls under the category of rice shochu. However, its mash is made from black koji rice and water only, without the addition of steamed rice as with other shochu.
There are 44 awamori distilleries in Okinawa as of 2019CY. The total amount of awamori shipments was 15,677kl. Around 80% of this shipment was distributed within Okinawa, highlighting the local love for the drink. While most shochu contains 25% abv, awamori usually contains 30% abv.

One key ingredient that helps healthy fermentation under Okinawa’s sub-tropical environment is black koji. This variety, native to Okinawa, produces a significant amount of citric acid. This keeps the mash acidic and protects it from undesirable microorganisms. Black koji also provides various components that enriches the flavor of awamori. In addition, the local water is rich in minerals, further promoting active fermentation and flavor enhancement.

Awamori has a mellow flavor rooted in the oil content of the rice koji. In addition, “kusu” of awamori made with atmospheric distillation often showcases the harmonious balance of its unique ingredients. The sweet vanilla aroma emerges from the rice cell wall with the help of black koji enzymes. This contrasts with an earthy mushroom-like fragrance derived from a fatty acid produced by koji mold. One unique feature of “kusu” is that its aged flavor comes from awamori itself. The flavor keeps evolving on its own after aging several years in earthen jars. This differs from whiskey or brandy, which derives their flavors from the wooden barrels used for aging. 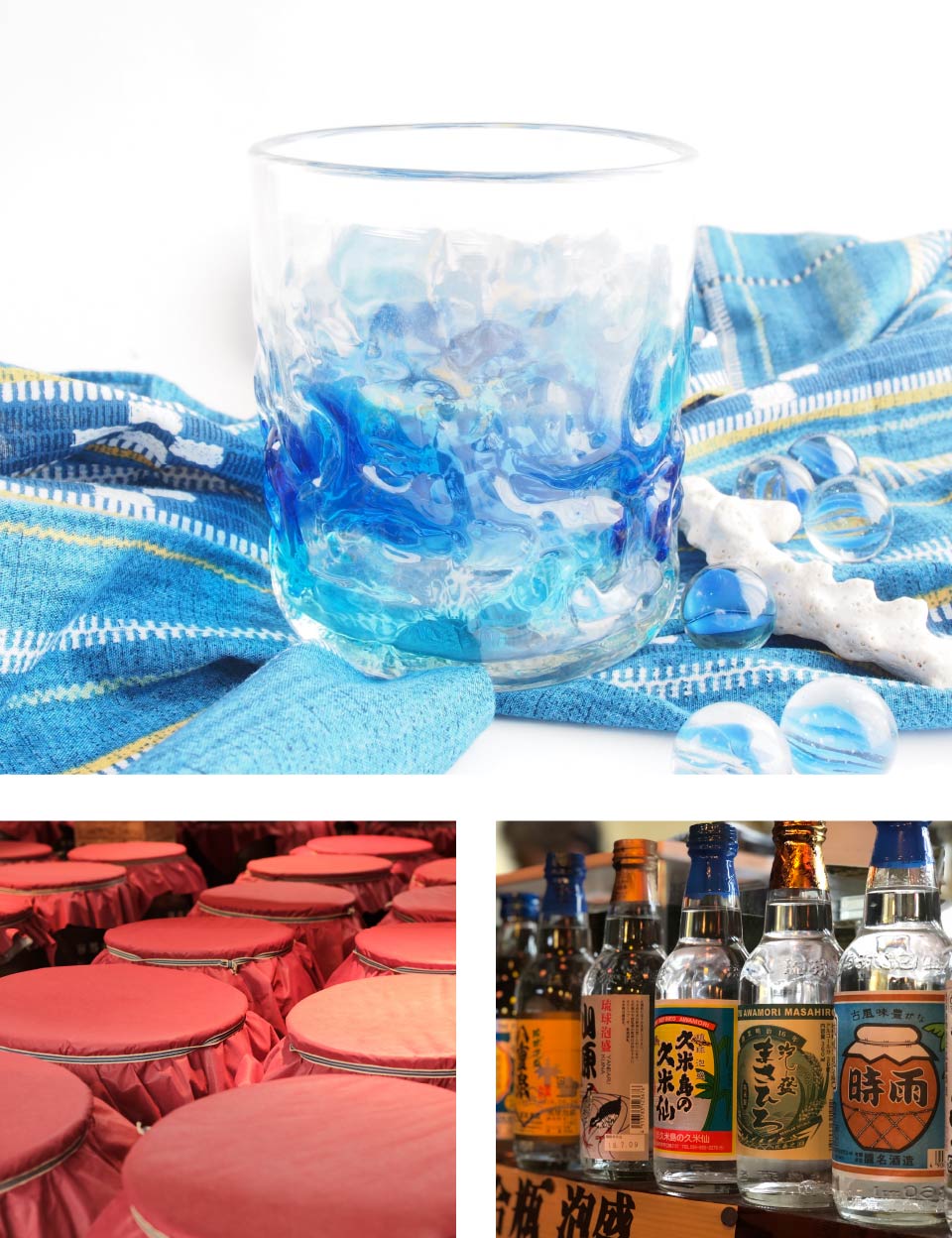 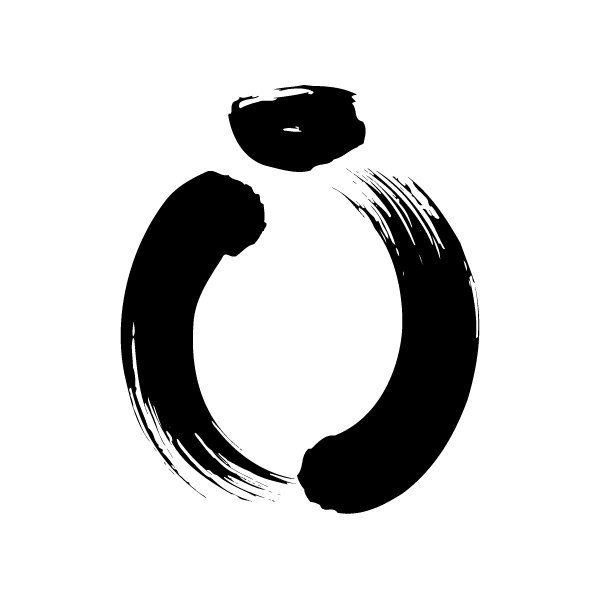