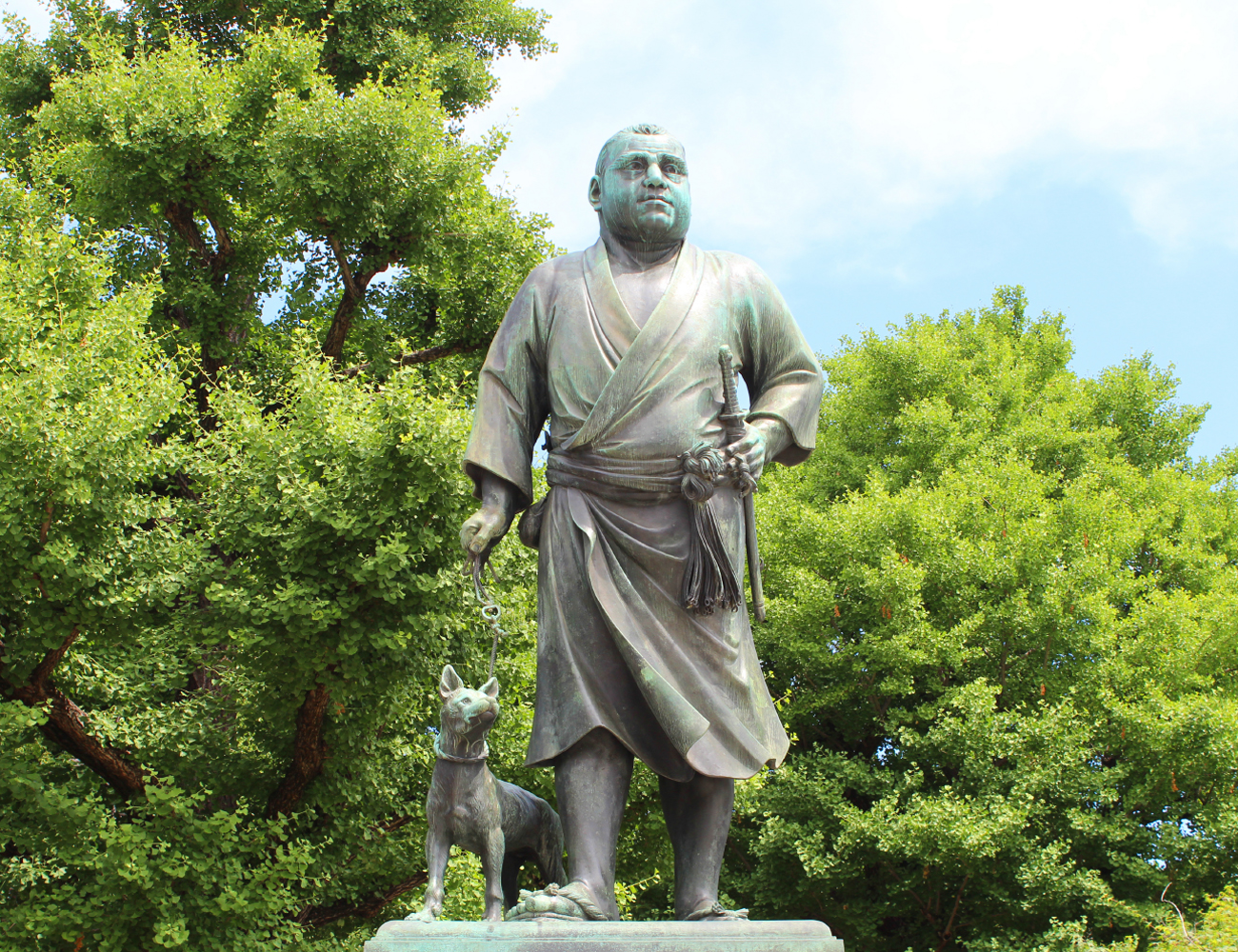 Satsuma is the old name for Kagoshima Prefecture. It is located at the southern tip of Kyushu, the southernmost island of the four main islands of Japan. The Satsuma and Osumi peninsulas on the southern end of the mainland enclose Kinko Bay. Within the bay sits the active volcanic island, Sakurajima. Sakurajima erupts frequently, 432 times in 2020 alone, and dusts the surrounding areas with fine volcanic ash. Kagoshima is also home to several islands, stretching over 600 km from north to south. Cities at similar latitudes include Shanghai, Cairo, and Houston. This section is focused on the mainland Kagoshima, and the Amami Islands are introduced separately here.

Kagoshima produced many historical figures involved in the Meiji Restoration, as well as several government and business icons of the Meiji era. For this reason, Kagoshima has an image of a modern historical hotspot to many Japanese people. Popular tourist destinations include volcanic Sakurajima, the ancient cedar trees of Yakushima, and the rocket launch site in Tanegashima. 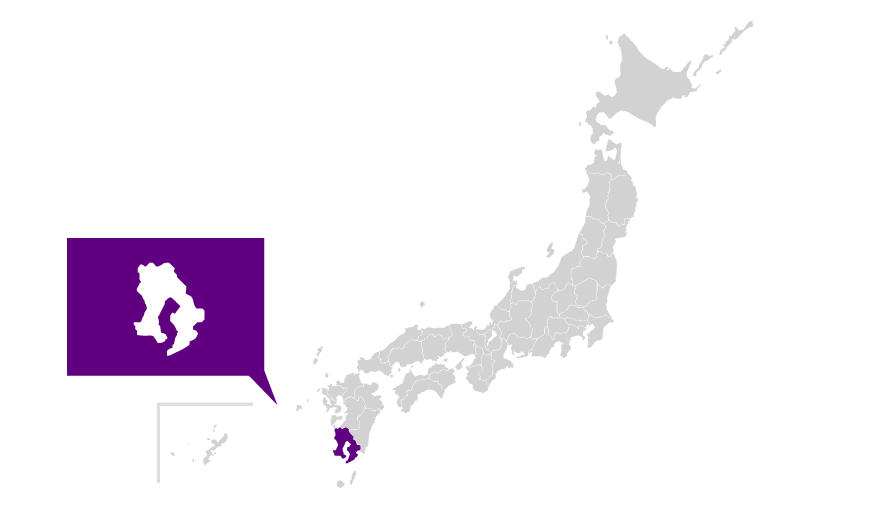 There are three climate zones in Kagoshima. Primarily, there are temperate and subtropical zones on the mainland and the islands. However, there is also a cool temperate zone in parts of Yakushima island near the highest mountain in Kyushu. Kagoshima is largely warm and humid, with an average annual temperature of 17-18℃ and average annual rainfall exceeding 2,200mm. 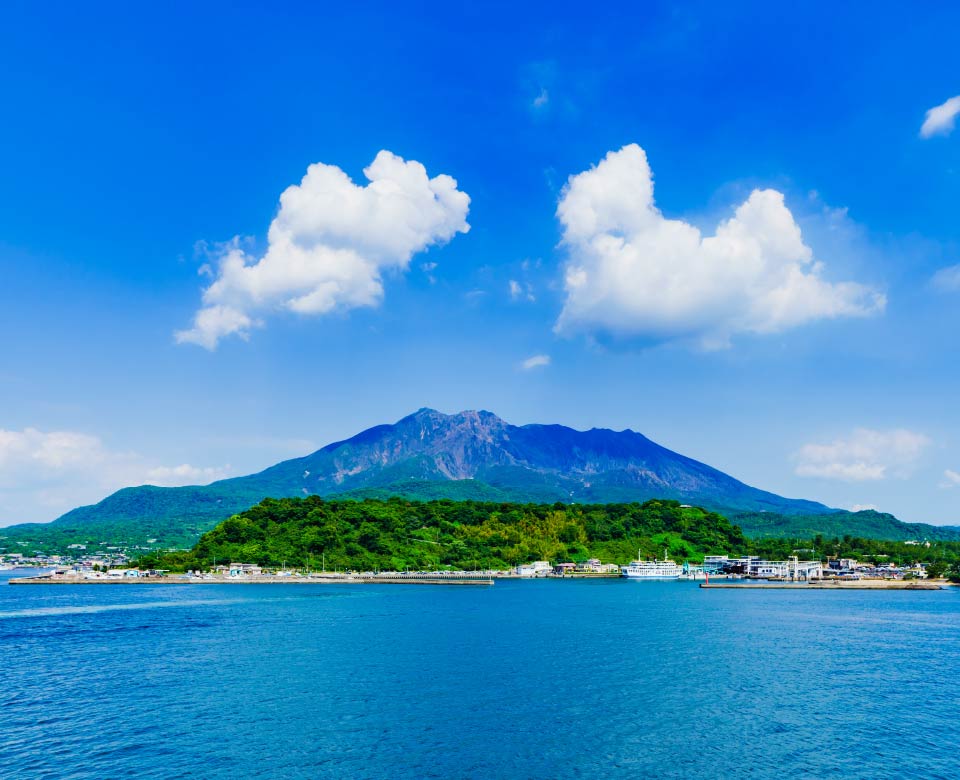 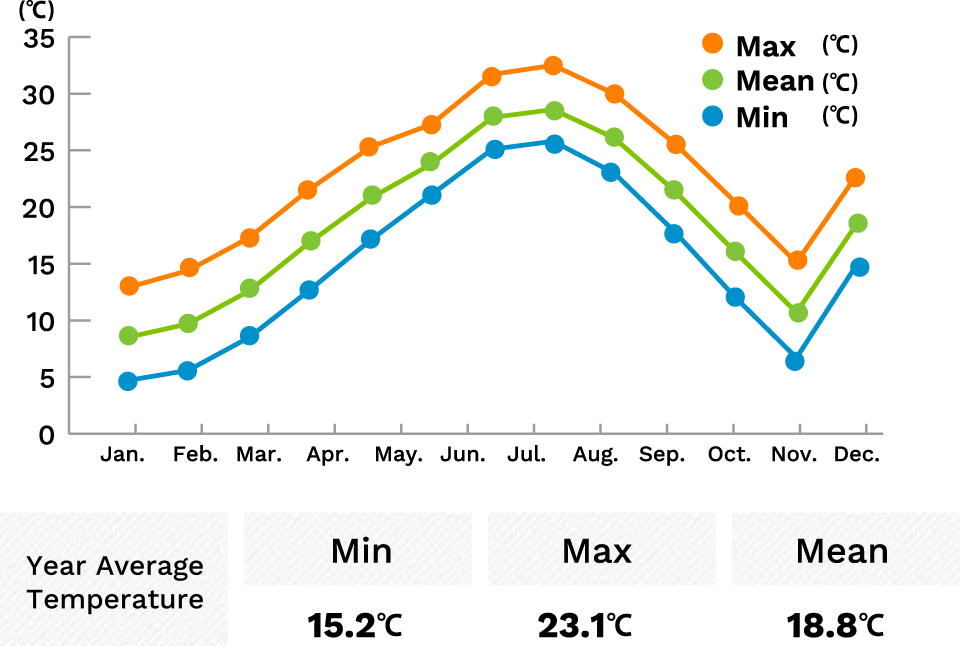 Kagoshima has been Japan's largest production area for sweet potatoes dating back to the early 1700s. The area's unique geological characteristics make it difficult for growing rice but ideal for sweet potato production. Volcanic ash deposits cover most of the topsoil and about half of the mainland is a pyroclastic plateau. This leads to good water drainage and deep underground water. The cultural connection between sweet potatoes and this region shows through their Japanese name, “satsuma imo” meaning “potatoes from Kagoshima.” 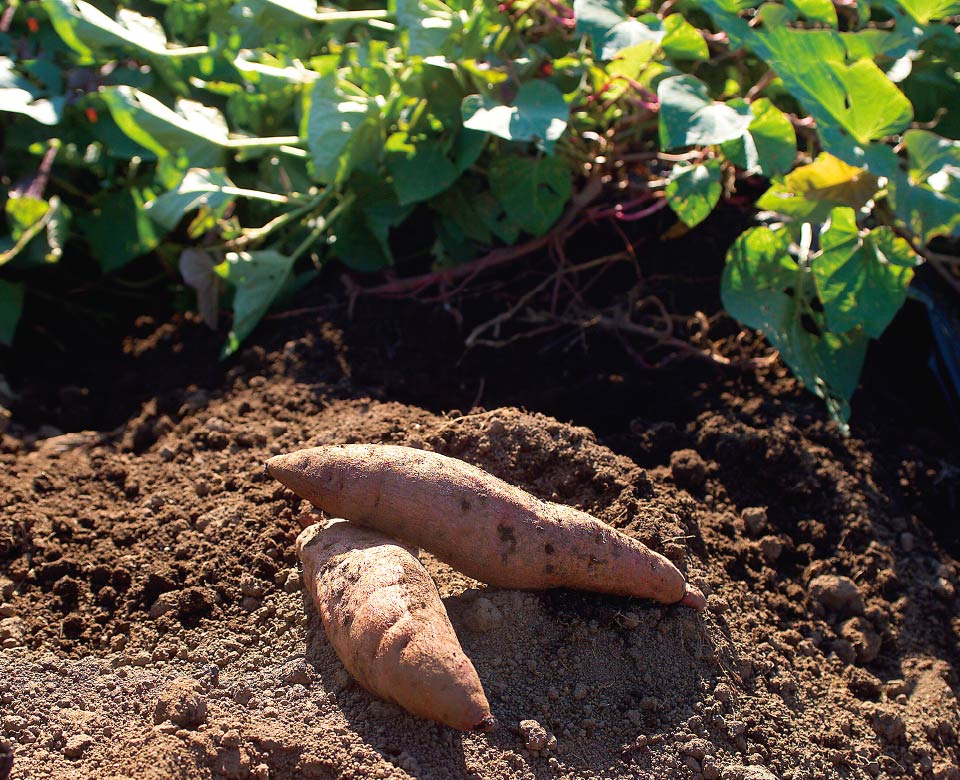 Through the 1600s, people in Kagoshima could not make sake using the prevailing methods of the Nada region. They adapted distillation techniques through trades with surrounding regions to preserve liquor longer in a naturally warm, humid environment. The warmer climate and lack of infrastructure turned brewers toward shochu production using rice and millet varieties such as Japanese millet, foxtail millet, and common millet. In the 1700s, local sweet potato production reached high levels. Soon, sweet potatoes found their way into shochu.

People in Kagoshima traditionally made shochu at home, much like miso and soy sauce. This persisted until the late 1800s when the Meiji government restricted shochu production to licensed producers only. However, Kagoshima quickly became home to the largest number of shochu distilleries in Japan, reflecting local love for the drink.

In addition, the Kagoshima Prefectural Industrial Technology Center plays a key role in the technological development and dissemination of shochu, while Kagoshima University Shochu and Fermentation Education and Research Center conducts research and development of sweet potato shochu and human resource development for the industry. 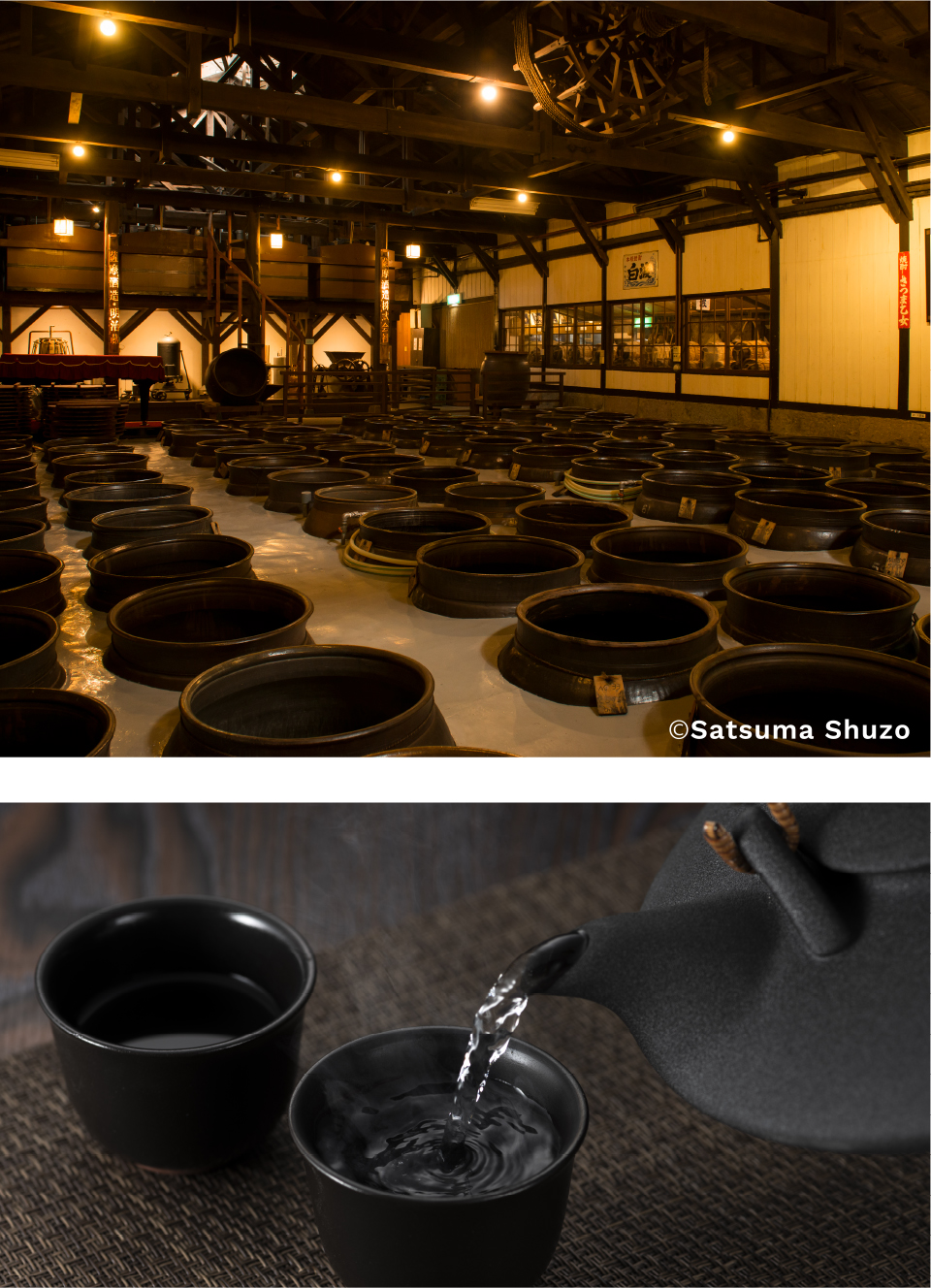 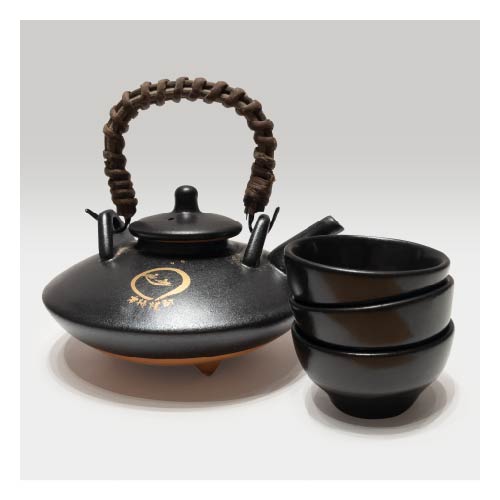 Locals enjoy it mixed with cold or hot water, or pre-mixed with water and warmed up in a traditional ceramic vessel called “kuro-joka”. For special occasions, beautiful glass cups called Satsuma kiriko help heighten the festive mood as well.

The abundant local sweet potato production allows distilleries in Kagoshima to make shochu from freshly harvested potatoes. Fresh potatoes are delicate and rot easily in a warm environment, making them a difficult ingredient to store. Traditionally, the season of shochu production is closely linked to sweet potato harvesting in early autumn. Therefore, many distilleries produce their sweet potato shochu from September until December.

Along with the traditional Kogane Sengan variety, distilleries are trying to expand the shochu flavor spectrum with new potato varieties. Popular varieties include Joy White, a white variety, Ayamurasaki, a purple variety rich in anthocyanins, and Hamakomachi, an orange variety rich in carotene. Kagoshima’s sweet potato shochu has a floral and mellow aroma. It is characterized by a sweet, rich taste that harmonizes with the aroma. Its mouthfeel is smooth, even as a fresh distillate. 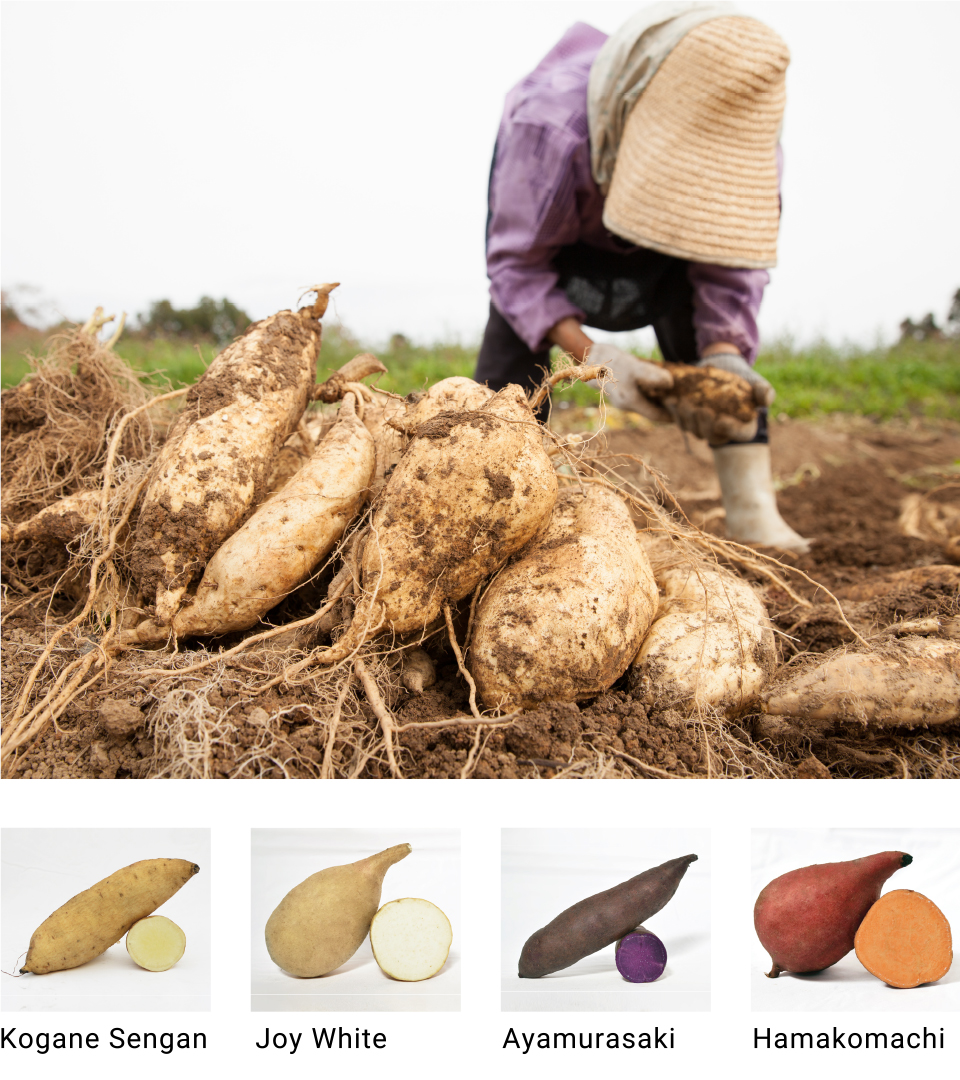 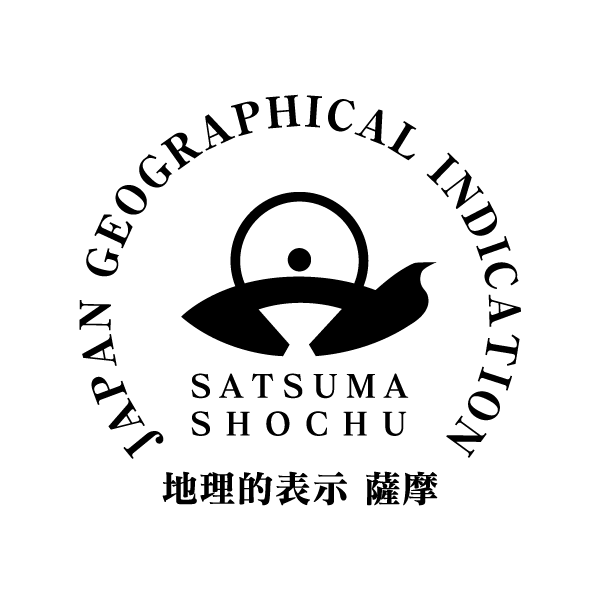