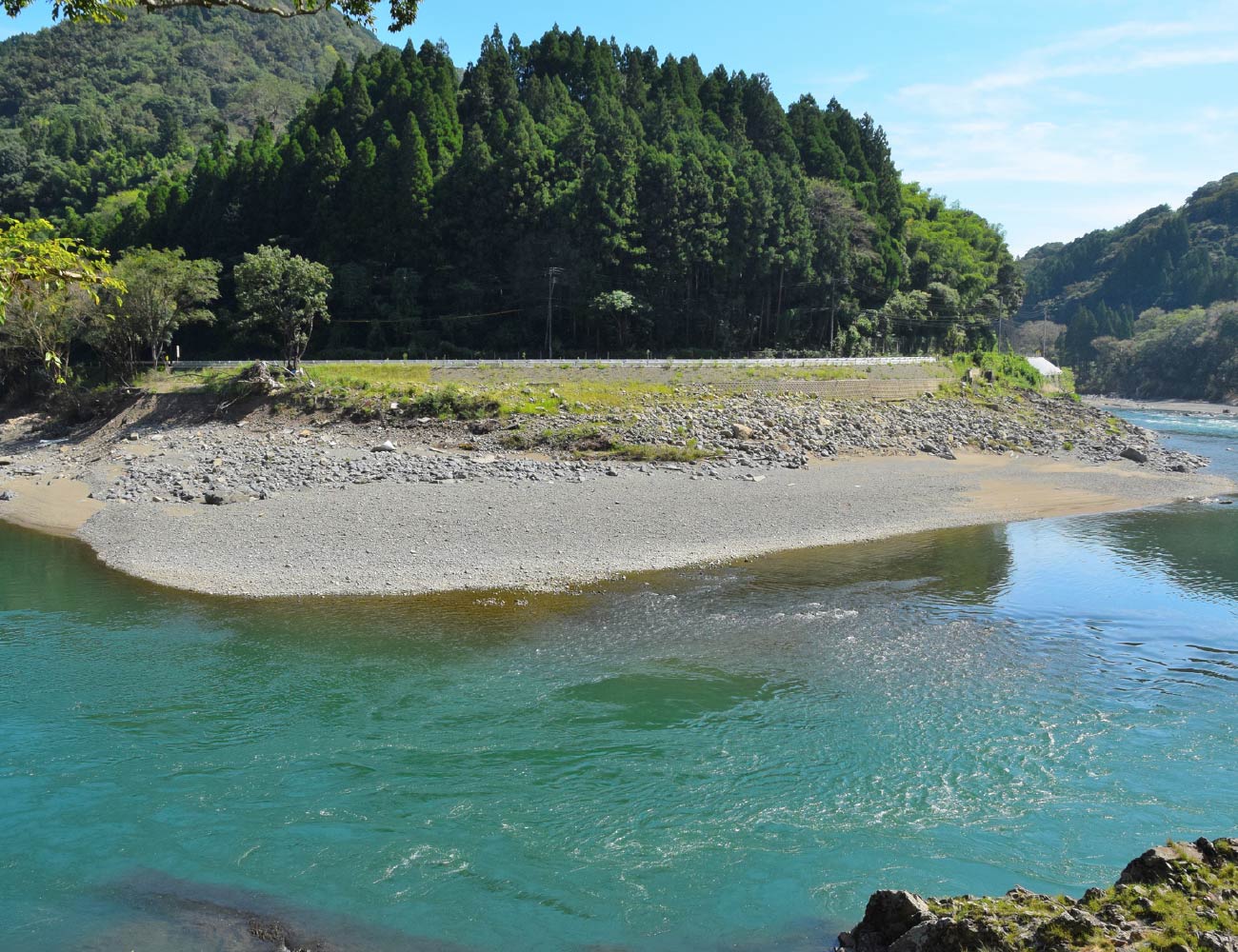 The Hitoyoshi Kuma region lies in the southern part of Kumamoto Prefecture in central Kyushu. It consists of Hitoyoshi City and 9 other towns and villages that cover 1,540 km² of land in total. Kuma region sits in the Hitoyoshi basin surrounded by the Kyushu Mountains, bordering Kagoshima and Miyazaki prefectures. The Kuma River flows westward from the mountains and historically eased transportation and agriculture in the region.

The region was ruled by a single family, the Sagara Family, for nearly 700 years. This is rarely seen in other regions of Japan and resulted in a unique local culture. The country’s oldest written reference of “shochu” dates back to 1559, found in a shrine located in the former Sagara territory (although it falls under Kagoshima Prefecture today). The Kuma region's long history, shochu making, and culture shine through their unique drinking traditions, including distinct etiquettes and drinking games. 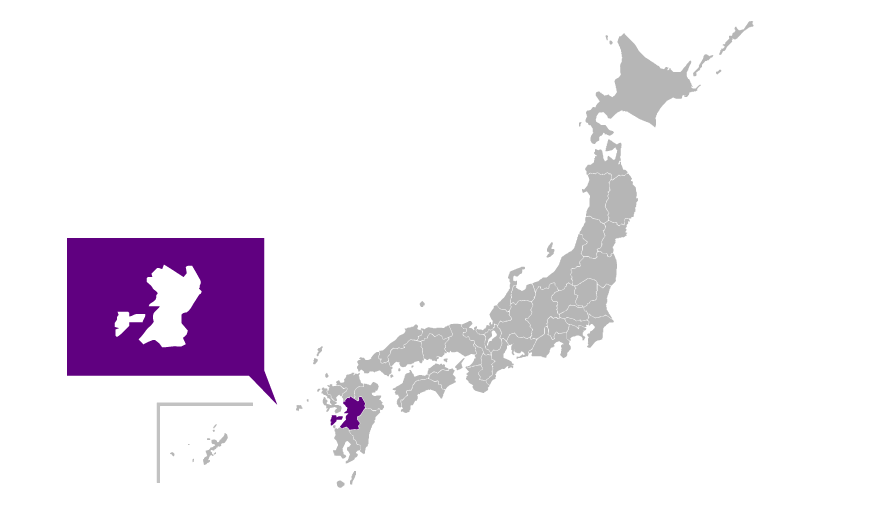 Located in the Kuma Basin surrounded by the Kyushu Mountains, the region experiences a cooler climate than the surrounding areas. The winter is colder with a significant temperature difference between day and night causing frequent fog. The average annual temperature is about 15.5°C with an annual precipitation of about 2,879mm. 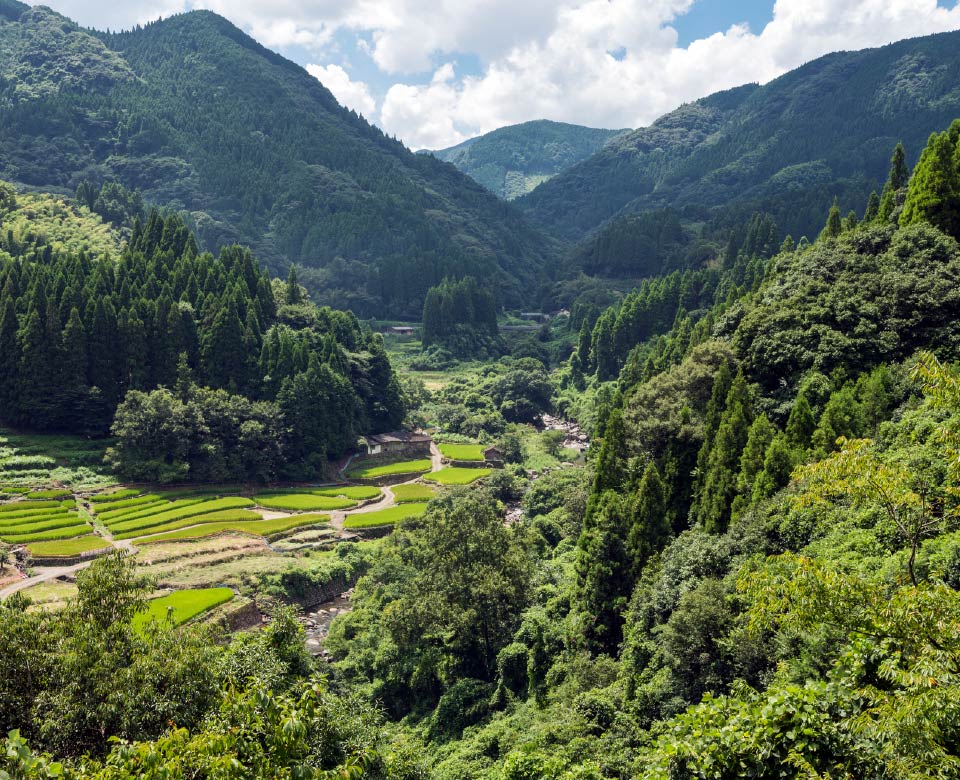 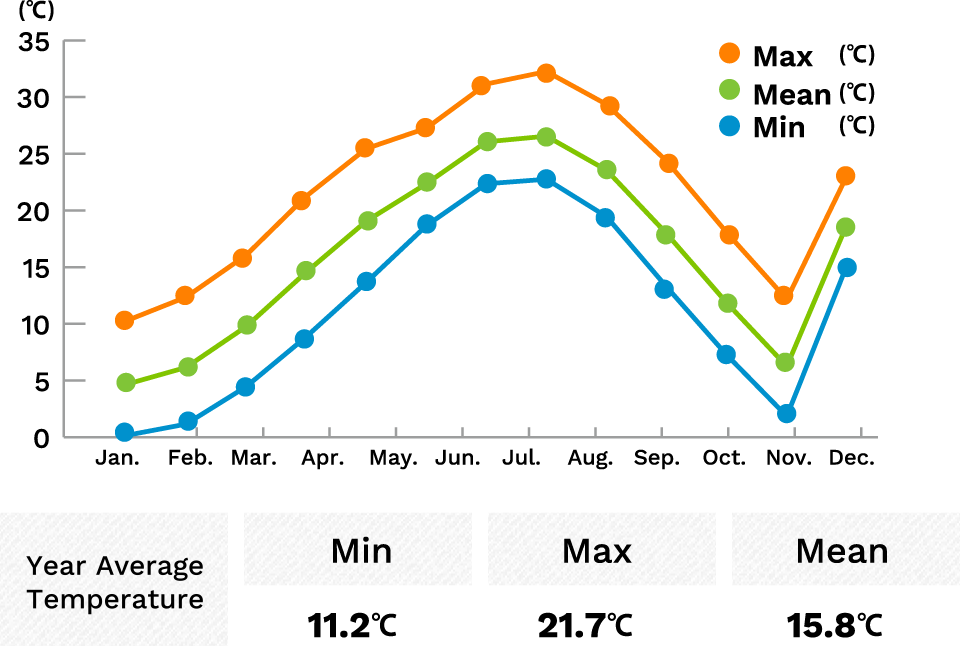 The Hitoyoshi Kuma region famously produces a large amount of rice. In 2020, there were 3,199 ha of rice fields and an annual yield of 13,852 tons. Along with table rice, some fields produce rice meant for shochu production, including Mizuhochikara and Tachiharu.

Farmers carefully plan the production of these rice varieties to meet the quality and quantity demands of local shochu producers. Experts predict this demand will continue to grow in the coming years. 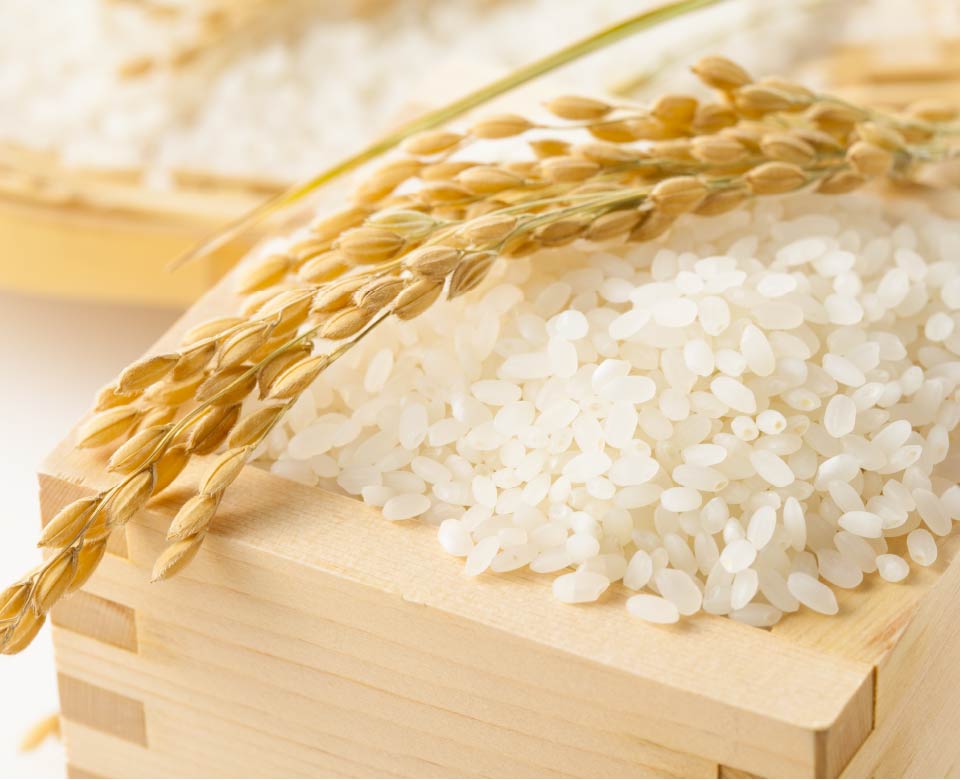 The Hitoyoshi Kuma region has a long and unique history. A single family, the Sagara Family, ruled the area for nearly 700 years, from the end of the 1100s until the mid-1800s. This long, unbroken reign is rarely seen in other regions of Japan.

The Sagara family was active in trade with other southeast Asian regions. Some speculate that these trades brought alcohol distillation techniques to the region. In addition, the country's oldest written record of “shochu” comes from a shrine located in the former Sagara territory. The record lies on a wooden structure of the shrine. It reads “the boss is so cheap that he never offered us shochu”. This suggests that liquor was already produced and enjoyed in this region by the mid-1500s.

In 1657, the local government introduced a system requiring shochu producers to have “stock” to produce and sell their product. People evaded this requirement by turning to homebrew for private consumption. Since rice was valuable, farmers made homemade shochu with other grains, such as barley. The stock system was abolished in 1871 and the production of private liquor was banned altogether in 1898.

The technique of shochu making also went through many transformations. Traditional ingredients include boiled unpolished rice, koji made with yellow koji mold and unpolished rice, and water. Brewers fermented all the ingredients together in an earthen pot for about 30 days. This process cultivated lactic acid bacteria in a process similar to the kimoto starter culture of sake. Before distillation, brewers then added wood ash to neutralize the acidic mash. Around 1913, polished rice replaced unpolished rice as an ingredient. Black koji mold and white koji mold became alternatives to yellow koji mold in the 1940s and 1950s, respectively. White koji has been the most popular choice for making Kuma shochu since 1970. Around 1972, vacuum distillation became the dominant distillation method, lightening the taste of shochu. 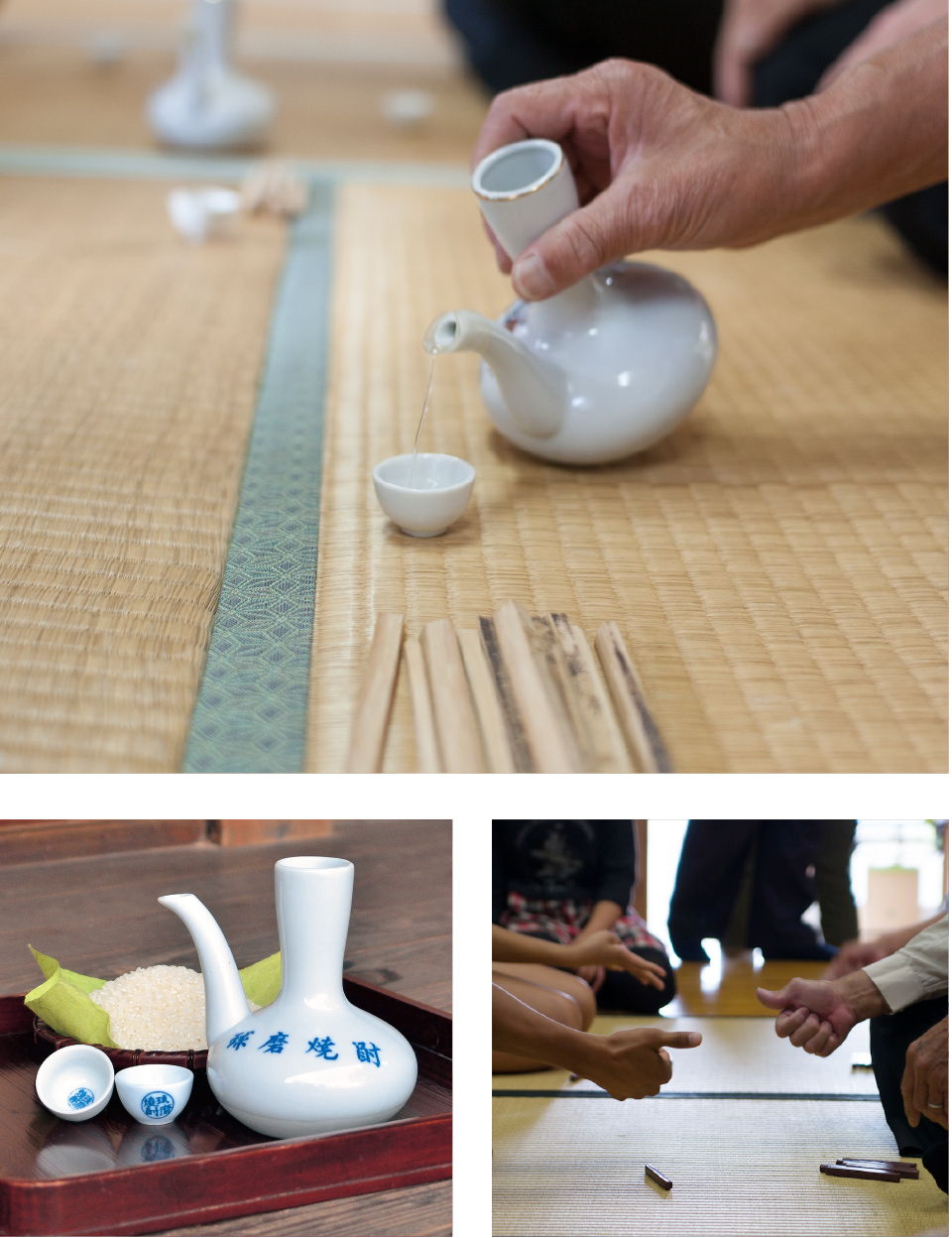 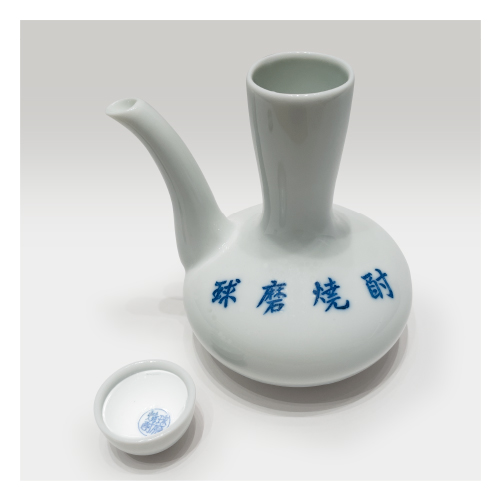 Traditionally, shochu in Hitoyoshi Kuma was strong, with 35 to 40% abv. The preferred serving method was warmed shochu. Using a porcelain pot called “Gara,” people heated the drink over an open flame. Once warm, shochu was served in little cups called “Choku.” In addition, the first cup always served as an offering to the local god. The custom typically involved pouring the offering on the ground or on an indoor fire pit. There was also a specific manner of shochu serving etiquette at formal gatherings. Among locals, the most popular way to drink Kuma shochu is by adding it to a cup of hot water. Remember, always pour the hot water first.

A distinct characteristic of Kuma shochu is the nearly exclusive use of white koji in the production process. In addition, the relatively cool climate of the region enables low-temperature fermentation and storage. This produces a refreshing flavor. At the same time, the soft local water enhances the mellow sweetness of rice.

The different types of distillation also affect the overall flavor. Atmospheric distillation brings out a nice, grainy aroma of the rice while vacuum distillation pulls out a fruit-like fragrance. 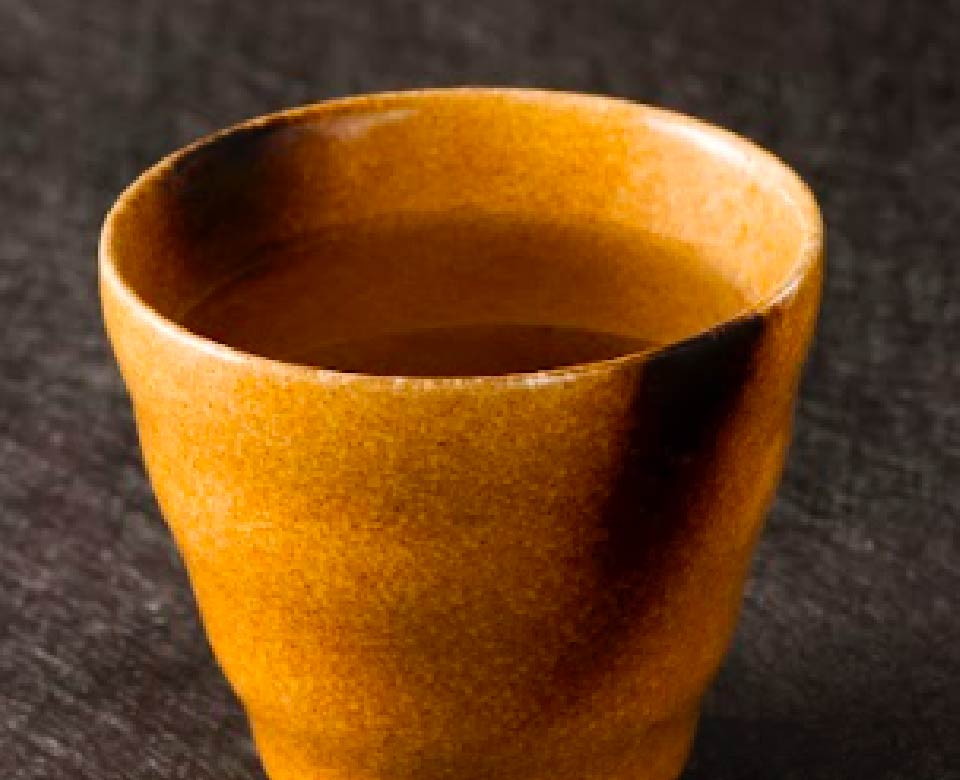 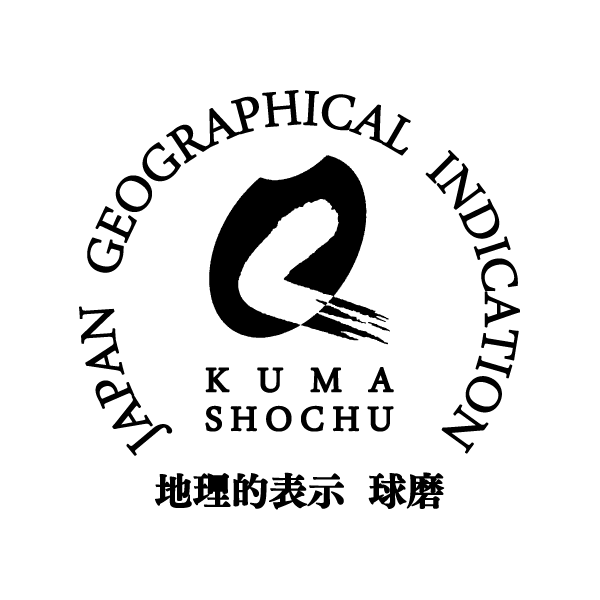