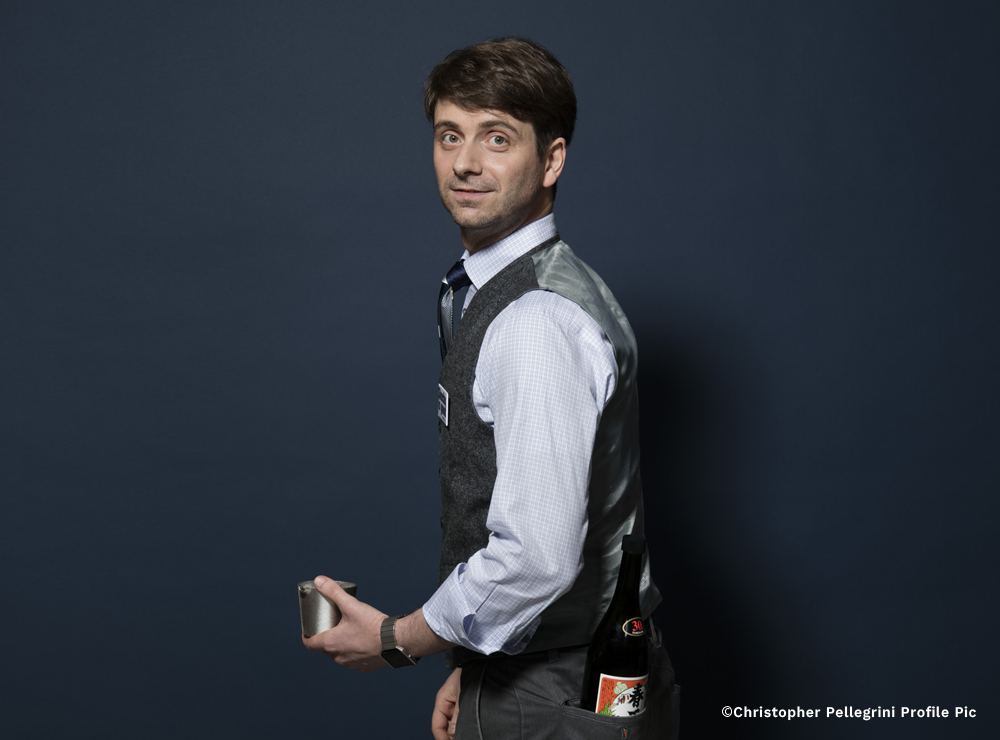 Like many others, my impression of Japanese drinks was solely sake when I first came to Japan in late 2002. It remained that way until one rainy day in 2003 when the owner of a bar I frequented offered me “shochu” out of the blue. He knew I only drank sake, so he proposed it to me as a bit of fun. I had no idea what it was, but it tasted different from sake. It was grainy, had a hint of banana and toast, and very light. He then gave me another shochu. This time, it was spicy, earthy, and funky. I was confused and wondered “how could they be both shochu when they tasted so different?”

The shochu I had turned out to be barley shochu and sweet potato shochu. The bar owner continued to offer me kokuto shochu, buckwheat shochu, and rice shochu. It was mind-blowing. My interest in these drinks was sparked.

Days later, I realized that half of what I thought was a sake shelf at the supermarket was actually shochu. I had no idea that shochu was readily available to me the whole time. I was intrigued and wanted to know more. The bar owner told me that shochu was mostly made in Kyushu. Within a month, I was in Kagoshima and knocking on the doors of shochu distilleries.

Leaping into the Mysterious World of Shochu

Back in the early 2000s, unfortunately, the only information I could find on shochu was in Japanese. I also couldn’t speak the language yet. Therefore, when I visited distilleries for the first time, communication proved to be difficult. In addition, at the time, shochu sales had just surpassed that of sake and it was peak times for the industry. So while distilleries seemed appreciative of my interest they had no reason to consider expanding their focus outside of Japan. However, I was determined and kept going back, and eventually, they began to welcome and accept me.

As I personally had brewing experience, when I visited the distilleries I was able to strongly relate to the difficulty of their work. Their attention to detail and respect for every single aspect of the production process was incredible. Gradually, I started helping them, dining together, and entertaining them when they traveled north to Tokyo. We became good friends.

There are wonderful stories that don’t get told very often – who makes these drinks, where they live, how they live their lives, and what their local communities are like. No one knows any of this outside the distillery and I want more people to have the chance to learn about them.

Increasing the Recognition of Shochu

Soon after, I started writing, doing tastings, and giving presentations to help increase the recognition of shochu. Around 2008, restaurants around Tokyo started inviting me to host tasting events for the international community and tourists. During this time, I had more opportunities to speak with Japanese audiences who were looking for a fresh perspective on the drink.

In 2014, after a considerable number of drafts, I published the “The Shochu Handbook.” The book was a way to broaden the reach to wider audiences. Shortly after, I started to receive invitations from JSS to host more mainstream events.

Currently, I travel across the US and hold training sessions for staff and distributors about shochu for weeks at a time. Also, I host 2 to 14 tasting sessions with various stakeholders in the US and Europe throughout the week. Our efforts are still in the building stage, however, I feel that we are helping a lot more people in building interest now.

At the majority of tasting events, I ask the participants to participate with an open mind and let them taste the diversity of shochu first. Shochu has 53 approved base ingredients and many ways to serve the drink. Once they experience how each type is distinct from another, participants are always impressed. Next, I explain the more technical side of shochu making. Shochu is single distilled in a pot still, therefore there are no do-overs. In this sense, shochu and awamori are far more difficult to make than other spirits.

I recommend people to drink shochu straight when trying it for the first time and then find a way to fit their taste. Most shochu is delicious when heated, so I also show how the temperature can affect the taste. It is also great when mixed with sparkling water, tea or juice; so if someone finds shochu to be too strong, mixing is an easy solution. Also, If someone enjoys peaty whiskey or mezcal, I can suggest shochu which is stronger and with more character.

In Japan, “oyuwari” and “mizuwari” are the standard and traditional ways to drink shochu. At the same time, I see people, possibly whiskey drinkers, sipping it straight at bars in the US. Many shochu producers don’t expect their products to be served straight. However, here is another ample opportunity in the market as there are people that enjoy it straight in the US.

Cocktails are also absolutely unavoidable when talking about shochu outside of Japan. Even in retail stores, customers need to know how to drink this mysterious spirit. When creating cocktails, you have to understand a person’s personal drink preferences. These conversations are essential as wine drinkers will approach shochu very differently from your average whiskey fan. Conversions on these topics are happening everywhere right now. People are experimenting with shochu with amazing results that have resulted in a wide variety of truly delicious shochu cocktails.

Since the first time I tried shochu in 2003, people’s attitudes towards the drink have changed. 20 years ago, the majority of people were reluctant to even just try it once. Also, shochu was commonly mistaken for Korean soju due to mislabeling issues in the US.

However, since then, a lot of work has been put into increasing awareness of shochu and people are finally eager to learn about it. If you’re a top-level bartender, you need to know what shochu is and how it’s different from everything else, even if you’re not planning to incorporate it into a bar menu anytime soon. In August 2021, we opened a booth at the Bar Convent Brooklyn. We were overwhelmed by the number of people who wanted to try shochu. It was the first time I had seen something like it.

A lot of effort has been applied to promoting sake and it has now achieved recognition on the global stage. Unfortunately, shochu is not anywhere near the position of sake. However, I’m eagerly waiting for that time to come. I strive to help shochu and awamori to have a place in every back bar all around the world and I won’t rest until that day comes.

“Shochu’sday” is a series of live stream discussions held every Wednesday morning (JST) focusing on the latest topics and news regarding the shochu industry.

“Sake on Air” is a podcast focusing on sake, but also introduces some content on shochu.

“Japan Distilled” is a podcast focusing on Japanese spirits cohosted by Stephen Lyman. Season 1 is about the basics, and Season 2 is a deeper dive.

Christopher is a frequent public speaker, spirits judge, and educator on Japan’s best-kept gustatory secrets, awamori, and shochu. Certified Shochu & Awamori nerd (SSI and SSA), author of “The Shochu Handbook” (2014), a contributor to the “Oxford Companion to Spirits & Cocktails” (2021), and Japan Cabinet Office-designated ambassador for the country’s indigenous spirits. Host of Shochu’sday, and co-host of Japan Distilled, Sake On Air Podcasts.